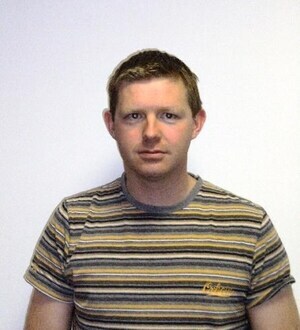 You may recall how, in April, Glenn Fitzpatrick launched a new blog, The Young Celts, as a means to allow Ireland’s younger generation discuss and debate matters affecting them.

Eamonn Moran, a 37-year-old IT worker and economics blogger, is a new contributor on the blog.

The concept of age inequality is not a new one but the deliberate calculated ways powerful elites have instigated deliberate policies and have allowed multi-fronted, highly coordinated financial attacks as part of a more general push for inequality is relatively new in many parts of Europe, Ireland included.

These policies were copy and pasted from US policies in operation since the 70’s and which have been extremely successful in their goals of economic inequality, of which age inequality is an important factor. The economic downturn in 2007 set these policies into overdrive in Ireland.

Some of these methods include the increase in precarious work, zero hour contracts, increased use of unpaid internships, increased use of government internship schemes, coercing trade unions to abandon the principle of solidarity for younger members, reduced social welfare provision rights based on age, higher rent payments, higher barriers to home ownership and lower standards of social provision.

When added to the traditional pre-existing symptoms Ireland exhibits during economic downturns, such as focusing societal protections only to certain powerful sections of society and justifying this by saying young people have the option of emigration, we get a dangerous concoction that has driven increased age inequality at a speed that might surprise even more liberal economists.

Some of the consequences for young people are fairly obvious, between 250,000 and 300,000 of them have left (most who were forced out of economic necessity) the country since 2007.

How will that effect demand in our housing market if 300,000 potential first time buyers are no longer in our economy? We are supposed to be in growth again at the moment but yet in the most recent figures the numbers of mortgages taken out was actually lower for April 2016 than for April 2015.

There is a dramatic demand in this country for economists and politicians to learn from the 2007 crash to stand up and be counted next time around. If they do, they can serve two important functions.

Act as a counterweight to insiders from their own short-term desire for self-interest which actually prolongs the downturn and also help Ireland, dramatically reduce the scourge of forced emigration.

That is a prize worth far more than our shameful adding of the half pence to the pence cowardice of the previous downturns.

It’s impossible to understand the reasons and methods of Irish age inequality without first looking at why and how it is happening internationally.

Modern neoliberalism which seems, in retrospect, to have been little more than a vehicle for increased inequality in advanced economies was developed in the Chicago Schools and first implemented in the United States, but has been copied to a greater or lesser extent in almost all post industrial countries more recently.

The main consequences of the economic crisis of 2008 on many countries in Europe has been an acceleration of the resetting of the ground rules by neoliberal elites to increase this economic inequality.

There are many fronts/forces on which this objective is being fought. The reducing of social welfare protections in general, the reduction of the percentage of people who are represented by trade unions.

The erosion in public services paid by central taxation which are then replaced by customer payment models which insist on individualised payment regardless of means.

This reduces the need for wealthier citizens to pay as much tax for the current level of services. The burden is spread more among the lower paid. When will broadening the tax base mean something more than taking more from those who have least in order to reduce tax burdens on those of wealth and those who earn more?

Even more importantly increasing inequality damages the social fabric of society. Reducing the idea of society and national interest and replacing it with a more individualised, consumer-driven vision (remember Irish Water’s pamphlet where they outlined one of their core branding objectives was to turn citizens into consumers) from where each individual is measured almost entirely on their ability to earn as much as possible. Those who are poor are losers who deserve their fate.

There is an attack on the concept of solidarity so younger people no longer expect same pay for same work and the massive increase of non/low paid internships. The increase of zero hour/ precarious work practices.
A deliberate move is being made all over the advanced economies to make work more precarious.

Alan Greenspan (the former Chairman of the US Federal Reserve) said that worker productivity increased in the US economy as job security reduced. There had been a systematic attempt to reduce job security across the American economy that he believed was helping him grow the GDP of the country faster.

This was before the crash of 2007. He was advocating the increasingly widespread policy of deliberately using fear of people losing their jobs to make lower-paid precarious workers do more for less.

It’s a policy that has been copied more recently all over Europe. Yet no one ever speaks openly about it. Young people are baring the immediate brunt of this policy as people who are already employed have better contractual rights with stronger protections.

Age inequality is an important ingredient of a more general drive neoliberal elites are using in achieving their objectives of increasing the power and wealth of the 0.1%.

Stoic older countries of central and northern Europe seemed to genuinely base more of their economic policies on basic fundamentals of economic principles in their whole national interests and have been slower to embrace the neoliberal methods. However they too are facing pressures from undemocratic European institutions such as the ECB and the European treaties themselves.

Those Northern European Countries still seem to have a genuine sense of social democracy as opposed countries of the southern Europe, such as Italy, Spain and Greece. Ireland seems to share many of the characteristics of the southern countries, large pre-tax income inequalities and an instinct to protect certain citizens rather than spread the pain more evenly during recessions.

This short-term instinctive desire to circle the wagons is counterproductive and economies which do spread the burden more evenly among their citizens actually have shorter, less deep downturns.

Some decisions taken by the upper echelons of the trade union movement since 2008 have also been damaging to younger people. The unions agreed with government to reduce working conditions for new entrants in exchange for not reducing pay and conditions of existing members. What fools they were.

How did they expect to abandon the core union principle of solidarity and expect to be able to represent their members into the future when increasing numbers of their members would be seen as second-class workers doing exactly the same jobs.

Their current cries that the pay restrictions were imposed are baseless. As if the unions had suddenly lost the capacity to ballot the members. These agreements were made to protect the pay of older union members.

One of the main reasons I believe that vested interests have been able to get away with being protected is that the small number of youth representative bodies are timid in their criticisms of government.

The reason for this is obvious, they are dependent on those same governments for funding – funding that is in shorter supply during the time their voices were needed most, between 2008 and 2012.

I don’t believe that the vast majority of people over 35 are deliberately actively trying to discriminate against younger people but there is a small minority of policy makers who are making it in older people’s interest to discriminate in their own short-term interests.

It’s a clever move but I would encourage people over 35 and trade unions to resist the short term gain and look at the longer term imperative of maintaining solidarity.

This was one area where both SIPTU and the Luas drivers let themselves down badly recently in their eventual agreement with Transdev.

In the eventual agreement, new drivers’ starting salaries will be lower than those of existing drivers, despite the drivers having blocked a deal on these grounds earlier.

Similarly all new entrants to the public sector were and are similarly disadvantaged. I would encourage younger trade unionists to create more noise to stand up to the actions of union leaders that will damage the long term prospects of the very unions themselves.

Those union leaders will have retired when the fruits of all of this land on your desks.