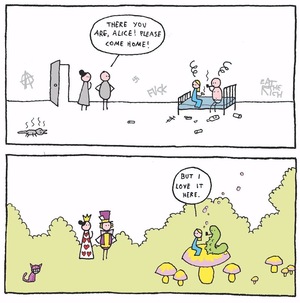 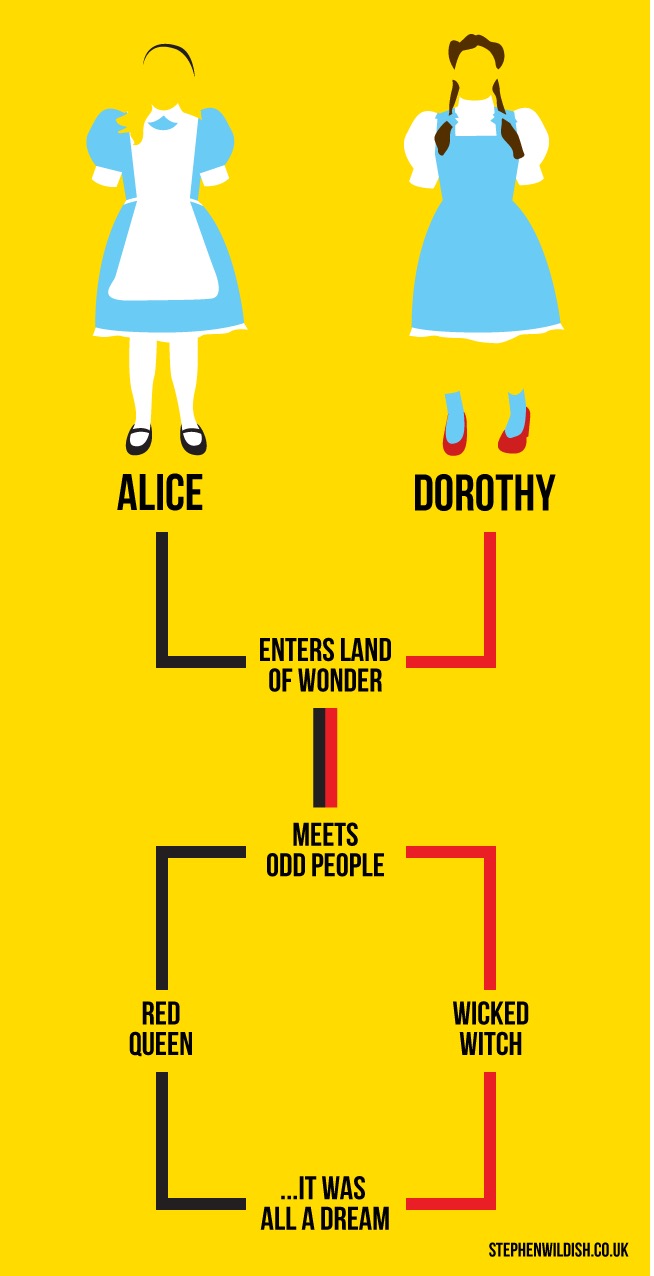 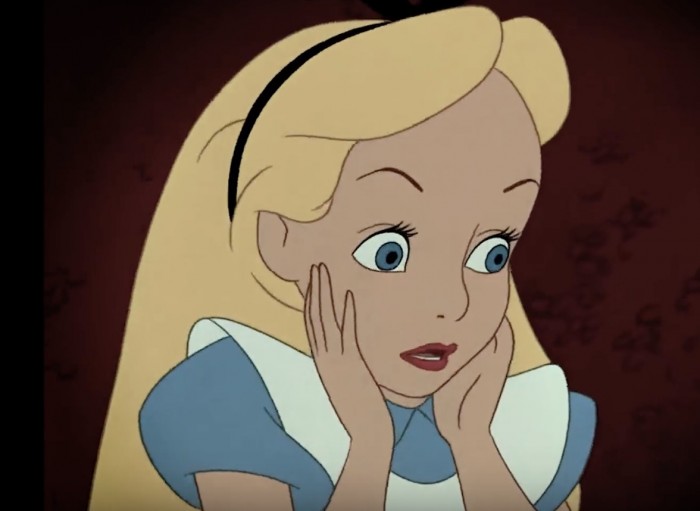 A trailer for Disney’s Alice in Wonderland (1951), recut as a horror movie by Mashable Watercooler. 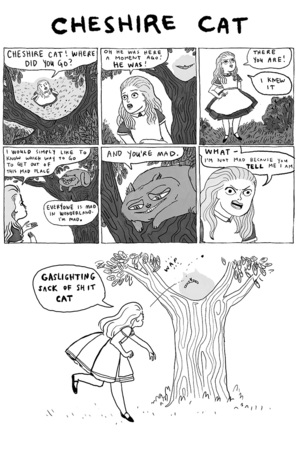 Walt Disney often filmed actors as models for his animated features. What’s surprising is that the audio from this crude footage for “Alice in Wonderland” is the actual audio used in the film. When Ed Wynn was brought back in to the recording studio to re-do his lines, the reading was not as good as the reference tests, so the test audio was used for the film.

I’ve synched up the test and the released film. with black placed where edits were made.