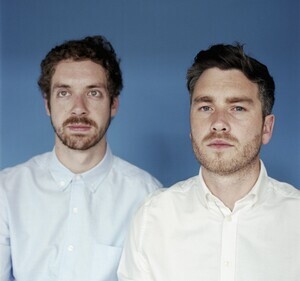 Dublin band, All Tvvins release their self-titled debut album (‘All Tvvins or ‘llVV’) tomorrow with an instore performance and album signing in Tower Records, Dawson Street, Dublin 2 from 1pm tomorrow. Current single is ‘These 4 Words’  (above)… 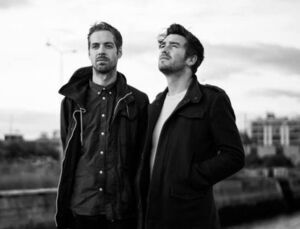 All Tvvins – touring and playing the Marquee

01. Unlikely to have flown under very many radars in the past year or so, Dublin/Wexford duo All Tvvins‘ DIY pedigree makes their polished pop all the more of a departure.

02. Emerging properly from their former bands in late 2013, they’re comprised of a core membership of Lar Kaye (Adebisi Shank) on guitars and Conor Adams (The Cast of Cheers) on bass/vox, and joined live by Lewis Hedigan (Elk and Guilty Optics) on drums.

03. Streaming above is the video for most recent single Unbelievable, a big aul’ pop tune with more than a few hat-tips to their math-rock roots.

04. Obligatory soccer reference for the week that’s in it – the band appeared on the soundtrack to this year’s instalment of the annual FIFA videogame, with single Darkest Ocean.

05. Playing the Marquee in Cork on July 5th in support of Foals, the band come back in October from extensive UK/EU touring to play Dolan’s in Limerick on the 29th, and Belfast’s Limelight on the 30th.

Verdict: An adjustment, admittedly, for fans of the lads’ previous outfits, All Tvvins has grown over the last year or two into very much its own beast, and you can expect bigger things from the Warner-signed group in the years to come.