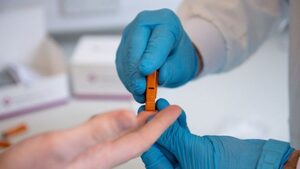 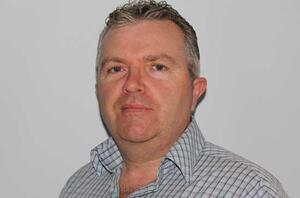 From top: Covid-19 testing; Professor of Immunology and director of the Human Health Research Institute at Maynooth University Paul Moynagh

Professor of Immunology and director of the Human Health Research Institute at Maynooth University Paul Moynagh told Mr O’Rourke that it’s his understanding that the HSE has purchased a number of Covid-19 antibody testing kits.

It followed UK MPs being told last Wednesday that the British public would be able to carry out Covid-19 antibody tests at home within a matter of days via finger prick tests made available from Amazon and Boots.

Asked about the tests on Wednesday evening, chief medical officer Dr Tony Holohan told journalists that the Irish Department of Health, at that point, had not yet identified a serological test that could be used and that Ireland was not yet ready for that step.

Further to this, Professor Moynihan told Mr O’Rourke this morning:

“It’s my understanding, I think, the HSE has ordered some of these serological tests in. Initially, I think they should be prioritised for healthcare workers, especially, because what it tells us is is that somebody has been infected but also that somebody has generated antibodies against the virus.

“And then, presumably, you’re immune to the virus and then probably can return to work in a safe manner. I think, over time, serological tests offer us a way to go to mass testing.

“But again they need to be tested, you know you’re probably familiar with the UK, in terms of, the UK is involved in a number of these kits, but I think that’s being tested robustly both in terms of specificity, to make sure that they’re only picking up the coronavirus.

“But also in terms of sensitivity because the antibodies are really only produced maybe as early as seven days, up to 10/12 days.

“So if you’re trying to detect early infection, I think the testing that we’re using currently is the better approach. But for later infections and in terms of especially capturing the level of immunity in the population, the serological testing is beneficial.”

Previously: That Would Be A Serological Matter [Updated]