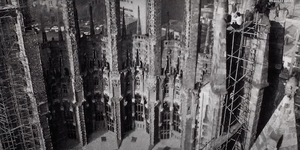 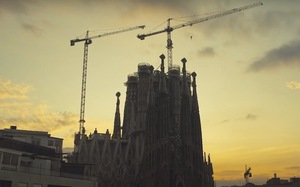 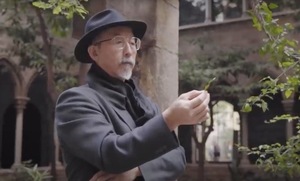 a  meditative short film in which Japanese sculptor Etsuro Sotoo talks about how  41 years working as a sculptor culminated in a celebrated attempt to finish Antoni Gaudí’s Sagrada Família basilica in Barcelona. To wit:

In 1978 Etsuro Sotoo arrived in Barcelona. He had just graduated in Fine Arts, he had just one year of experience as an Art teacher. When impressed by the unfinished temple: “It was the most fabulous pile of stones I had ever seen” …He asked for a job as a stonecutter. He wanted to continue the Nativity façade (the only façade that, thanks to his work, would be declared by Unesco World Heritage). He did a test and they gave him the position. Since then, he has completed what Gaudí did not even have time to think about. When he finished with the gaps, he started with the architect’s notes. When the tracks are over, it’s up to him to make decisions (source).