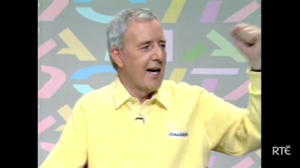 On Monday, RTÉ One series Cloch le Carn will look back at the life of legendary broadcaster Bill O’Herlihy. Check out this archive footage from Italia 90 (above) and Euro 88 which will be included in the programme. 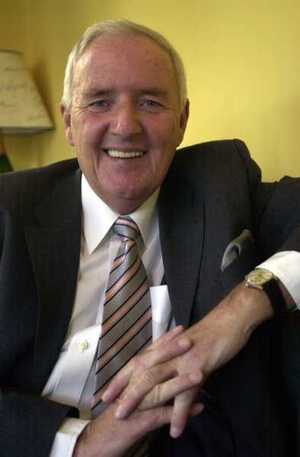 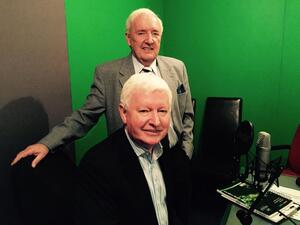 The first instalment of the Flannery Files has arrived.

28 minutes of Frank Flannery’s thoughts on the State of the Nation.

Previously: Outside The Tent 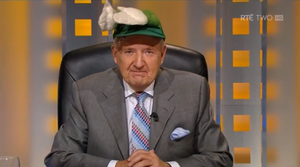 He’ll leave it there so, live.

Tonight is the night for @billoherlihy to earn the affection of fans by committing to NEVER EVER represent the tobacco industry EVER again.

Bill!! Go out on a high!! Renounce tobacco contacts on your last night. Do it please. #RTEWorldCup 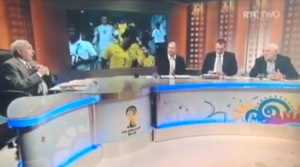 Eamon Dunphy drops the F-bomb twice in discusssion with Bill O’Herlihy on live TV ahead of Brazil vs Mexico and later apologises at half-time.

Thanks Andrew Sheridan and Niall O’Connor 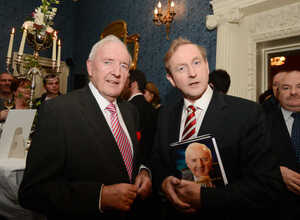 (Above: Bill and Enda Enda Kenny at the Merrion Hotel last October at the launch of Bill’s autobiography “We’ll Leave It There So”.)

Minister for Arts, Heritage and the Gaeltacht Jimmy Deenihan said Mr O’Herlihy would prove to be an “excellent chairman” of the board and has been tasked with increasing indigenous audiences for Irish film.

Mr O’Herlihy had been one of former Fine Gael Taoiseach Garret FitzGerald’s media “handlers” in the 1980s, but Mr Deenihan stressed that he had no involvement in politics in recent decades.

“He was never an adviser in my time for the last 30 years. I’ve never seen Bill at any Fine Gael function. I have never met Bill in any other context other than sport and television.”

We’ll leave it there, so. 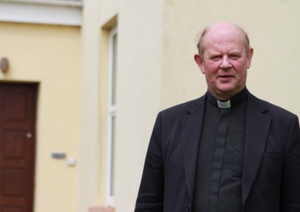 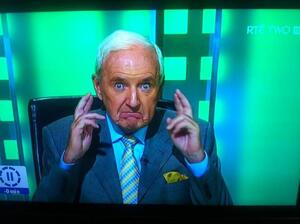 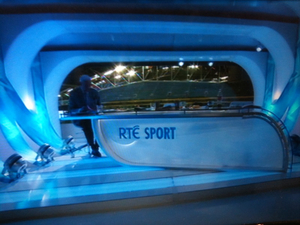