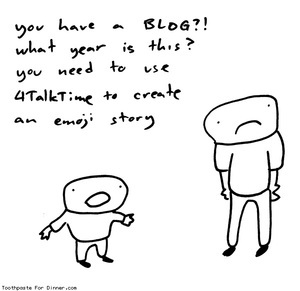 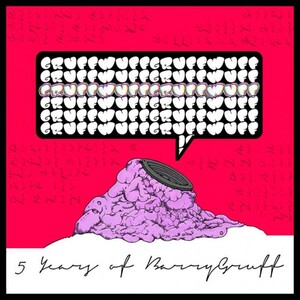 I recently marked 5 years of my music blog, BarryGruff by releasing the ‘GruffWuff’ compilation; 19 new, previously unreleased and exclusive recordings from some of my favourite acts, both Irish & international, from the past 5 years blogging.

It’s out now and available for FREE from Bandcamp

All the details are here. 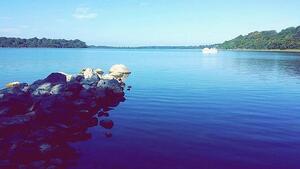 I went for a nap at 4 in the day. That’s the norm after a night on the trot in Ibiza followed by too much sun the following day. Usually I’d nod off almost immediately but that afternoon I couldn’t. I was tossing and turning and I could hear my friend dozing in the bed beside me. I was so frustrated, I started to feel dizzy, the room was spinning. Panic set in. Nothing felt right. Turns out I had a bad case of sunstroke, I went to the doctor the following day just so he would confirm that it was sunstroke and not cancer, yes cancer or a brain tumour, that was my overactive mind rearing it’s ugly head. He gave me some nurofen and within a day or two I was feeling better. Unfortunately, those few days were filled with the most unbearable anxiety you can imagine. I was making myself think it wasn’t sunstroke and that I was actually really ill, I couldn’t focus on anything other than the constant tightness I that took over my chest.

I came home from that holiday and got back to work. From the day I returned for the 6 months that followed, my whole life was turned upside down. My whole soul, heart, all I knew about myself was indisputably tangled up in a web of this unfamiliar and unwelcome feeling of despair. It was a task to leave my house, to go shopping for a new dress with friends, to go for a meal, even planning a trip would bring with it sheer panic and total fear. My life came to a standstill and I spent more time trying to control my heart rate in secret than actually living and enjoying the wonderful things around me.

I visited the doctor and my desperation was evident from the tears that streamed down my tired face that morning. I started anti depressants and was told to give them 6-8 weeks before they’d even start making a difference. The days passed and I didn’t really feel like much was changing. I still couldn’t do any simple daily task without completely breaking down inside. Keeping it all a secret was the worst, sitting at my desk in work pretending I was fine was hell, forcing that smile and trying to be bubbly when really I was struggling to breathe. There was times when I was convinced I was choking on my own tongue, it was terrifying.

READ ON : Keep Me Where The Light Is (Claire Walsh) 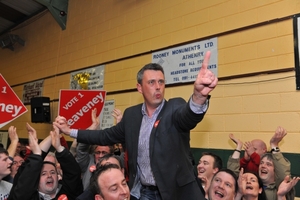 They call him ‘Mr Whistlefinger’.

“Labour in Government has now lost our bearings. Its role in influencing the debate within Irish politics and society towards a more just, equal and tolerant Ireland is being lost through compromise and a failure of nerve by those in leadership position. We are removing ourselves from the debate through our actions and words.”

“The current Party Leader has described the issue of equal marriage rights as being the ‘civil rights issue of our generation’. I agree with him that this is an important issue of relevance not only to the individual couples discriminated against by our current laws but also to wider society as an issue of injustice calling for resolution.”

“Its role in influencing the debate within Irish politics and society towards a more just, equal and tolerant Ireland is being lost through compromise and a failure of nerve by those in leadership position. We are removing ourselves from the debate through our actions and words.”

“However, this issue and other social issues, while undoubtedly important, are not the ones that are tearing communities and families apart through emigration. These are not the issues that are leaving many families and individuals worrying over how to pay their bills and to retain the ability to raise their children in dignity. Unfinished estates and the fairness and objectivity of the new property tax, and the failure to adequately address both will become an issue that will haunt both Government parties.”

“We need to stop running away from the area of economic and labour rights – the very issues that Labour was created to address. The right to a  job, the right not be forced to emigrate from your country, and the right to protect and promote the welfare of your family are the rights the lack of which are affecting far, far too many of our citizens right now in ways that are causing significant hardship.”

“The issues of reform of the legal profession, pay and pensions of current and former Government Ministers and other senior public servants, bankers’ pay, and upward only rents are areas where real tough decisions are needed but lacking. What these have in common is that they would involve taking on powerful vested interest groups with the ability and means to resist changes.”

“The current Party Leader has commended TDs who have supported tough decisions but this has referred to cuts to disability services, cuts to families and cuts in education. What these have in common is that they do not have the ability and means to resist. The next ‘tough’ decision demanded of Labour TDs seems likely to be the passing of an Act to enable the seizure of family homes by the banks.”

The State We Are In (Colm Keaveney’s blog) 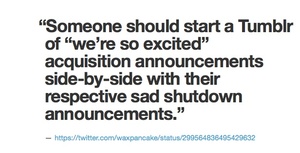 From the nascent Someone Should Start A Tumblr Tumblr wherein suggestions for Tumblrs someone should start are presented in Tumblr form.

Always with the hate… 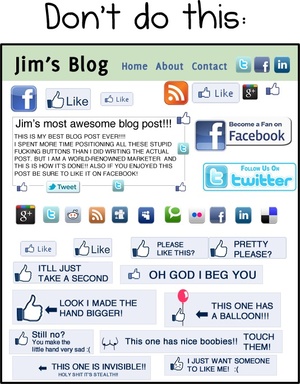 From The Oatmeal. Wait, there’s more. 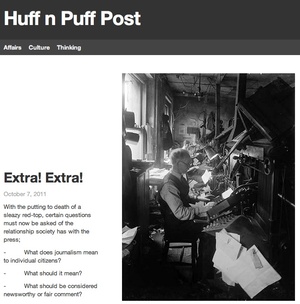 The nice people at the Huff n Puff Post (a new Irish blog that just launched yesterday) have asked us to bring it to your attention. Happy to.

Leave them a nice comment. Wish them luck. Don’t blow their house down.