Not often that you can say Arlene Foster is genuinely a more convincing singer than Van Morrison pic.twitter.com/9WuT3eIaMH 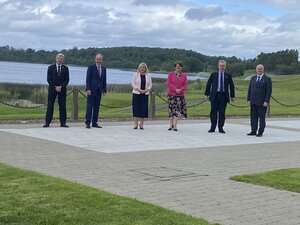 “I don’t think you’re getting invited to a Van Morrison concert any time soon.”

She then added: “I don’t think any of us will be getting invited to be fair.” pic.twitter.com/wLqNoIA9vb

Four nights of Sir Van Morrison concerts at the Europa Hotel have been called off because of Covid-19 regulations https://t.co/EXgSesWQqF 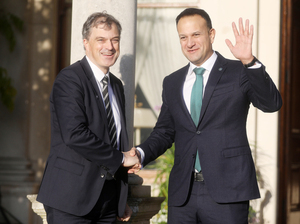 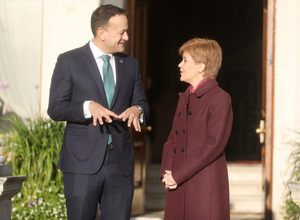 Taoiseach, Leo Varadkar with British Secretary of State for Northern Ireland Julian Smith MP (top) and  First Minister of Scotland, Nicola Sturgeon (above), as he hosts Administration Heads from Scotland, Wales, and the British Government at the 33rd British Irish Council (BIC) Summit.

This year marks the 20th anniversary of the inaugural meeting of the British-Irish Council. The Summit will focus on the implications of Brexit for relations between Ireland and the UK’s Regional Administrations.