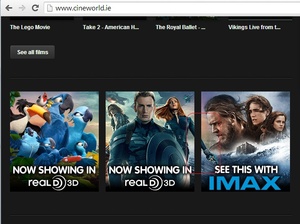 Saw this on the Cineworld homepage today. Seems like Scarlet Johansson has a hand in Noah’s storm… 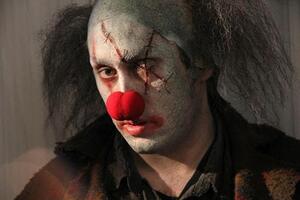 Why should we go?

1. Ross Noble (above)
You may have seen him on the Late Late last night. One of the funniest men on the planet (or the 10th funniest if you believe Channel 4’s recent survey) will introduce his new comedy horror movie Stitches (2012). AND will take part in an audience Q+A after the movie.

2. Comic Con Footage
All the fun from San Diego’s Comic Con without having to smell people in Ewok costumes…Footage includes a look at Iron Man 3, Die Hard 5, The Life Of Pi, Wreck It Ralph and more…

3. Time Travelling Confusion
Attend the Irish premiere of Looper (2012) the new mind-bending time-travelling movie starring Joseph Gordon Levitt and his future self Bruce Willis, chasing each other across space and time… this is one that will even confuse die hard Doctor Who fans.

4. Guillermo Del Toro takes on the Easter Bunny
Watch 30 minutes from producer Guillermo Del Toro’s new movie Rise Of The Guardians (2012), which might reinvent Santa Claus, The Easter Bunny and the tooth fairy for a new generation by turning them into bad ass superheroes. It features the voice cast of Hugh Jackman, Jude Law, Isla Fisher, Alec Baldwin and Chris Pine…

5. Animation masterclass
Ever wonder how many hours it takes to make a stop motion animation? You’ll be able to put your questions to director Chris Butler, director of Paranorman (2012).

6. Joseph Gordon Levitt on a bike
Premium Rush (2012) is the movie that caused Joseph Gordon Levitt to split his head. Set in the world of bicycle couriers, the film features chases across New York that will have you on the edge of your saddle. Non-cycle fans can feast their eyes on Joseph’s legs instead.

8. Mystery Movies
Everyone loves a surprise, and this weekend Movie Fest has two of them… Last year one of the mystery movies was Drive (2011), so no pressure…

9. Irish comedy horror
What do you get if you lock a bunch of sixteen year olds in a house with a killer clown? You get Stitches (see above), from Irish director Conor McMahon. The film gets its Irish premiere at Movie Fest and promises so much blood and guts that you might not finish your popcorn.

10. No phones!
Anyone caught with a phone will be ceremoniously ejected from the cinema in the most degrading way possible… The Movie Fest crowd are a cinema loving audience, creating the best atmosphere in town they don’t want any distractions, so the Mobile Phone Terminators are on hand to make sure nobody lights up their mobile… hasta la vista baby!

No cash, favours, comics, etc,. were given for this post