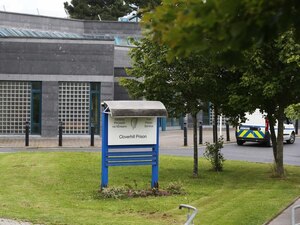 The deceased was a 36-year-old Irish man who was on remand in Cloverhill Prison, Dublin.

The Irish Times understands he became engaged in a stand-off with staff on Monday after he declined to be relocated within the prison.

He was then tackled by a number of staff, who subjected him to control and restraint techniques to force him to move.

The man then became unwell and quickly became unresponsive. 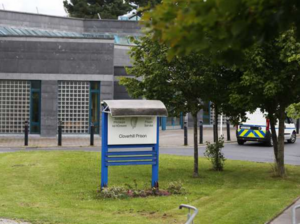 Walli Ullah (21) was taken hostage by a group of prisoners who subjected him to a severe beating during which his arm was broken and his face slashed with a blade. Eleven prisoners were taken to hospital after a fight broke out when inmates at Cloverhill Prison refused to return to their cells.

Prison officers with riot shields and batons moved in and forcibly returned the inmates to their cells. Meanwhile, Anti-Racism Network Ireland (ARN) are calling for Ullah’s immediate release, and say that he arrived in Ireland seeking protection, having fled Afghanistan in fear of his life.

He claims to have travelled for at least three months, stowed away in a container, in order to reach our shores. On arrival, he was arrested by authorities due to the fact that he is a non-national and did not have the appropriate identification.

Related: Mystery man found on side of M7 with no English, passport or documentation (Herald)