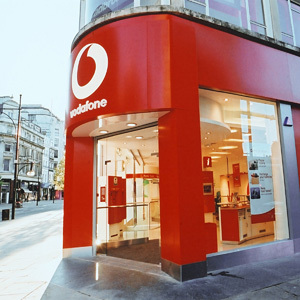 Vodafone made a previously unreported multimillion-pound settlement with HM Revenue & Customs in the wake of a dispute over the tax paid by an Irish subsidiary created to collect royalty payments for using its brand.

The UK-based mobile phone group used an Irish subsidiary, which employed no staff between 2002 and 2007, to collect hundreds of millions of pounds a year in royalty payments from operating companies and joint ventures around the world. By 2007, Vodafone Ireland Marketing Ltd, a company registered to an industrial estate in the Dublin suburb of Leopardstown, was reporting a turnover of €380m (£320m) a year. 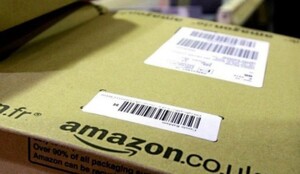 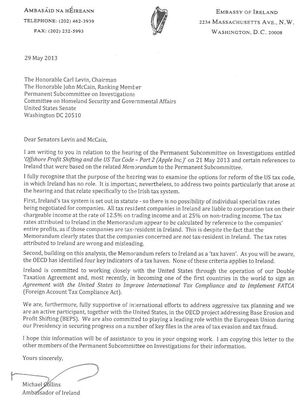 Irish Ambassador to the US Michael Collins (snigger) writes a strongly worded letter to Senators John McCain and Carl Levin.

Ferrero Rocher though, in fairness.

Via: Dept of Finance IRL 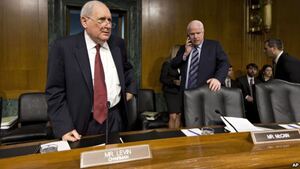 “Records obtained by the subcommittee clearly reflect that, for years, Apple paid Irish tax authorities a nominal rate, far below Ireland’s statutory rate of 12.5 percent, on trading income. Testimony by key Apple executives, including CEO Tim Cook and Head of Tax Operations Phillip Bullock, corroborates that Apple had a special arrangement with the Irish government that, since 2003, resulted in an effective tax rate of 2 percent or less.

Most reasonable people would agree that negotiating special tax arrangements that allow companies to pay little or no income tax meets a common-sense definition of a tax haven.”

Levin, McCain Statement on Letter from Irish Ambassador to the United States 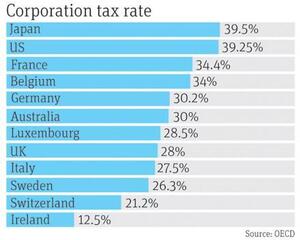 The Government is facing a new threat to its corporate tax regime as Germany and France push for the acceleration of moves to create a pan-European business tax system.

In a paper seen by The Irish Times , they highlight “tax co-ordination” as being among the policies required to bring this about. These include a quickening of moves to create a common consolidated corporate tax base (CCCTB), an initiative once dismissed by Taoiseach Enda Kenny as tax harmonisation by the “back door”.

The CCCTB would not harmonise tax rates but it would create a pan-European tax system for firms operating in more than one country.