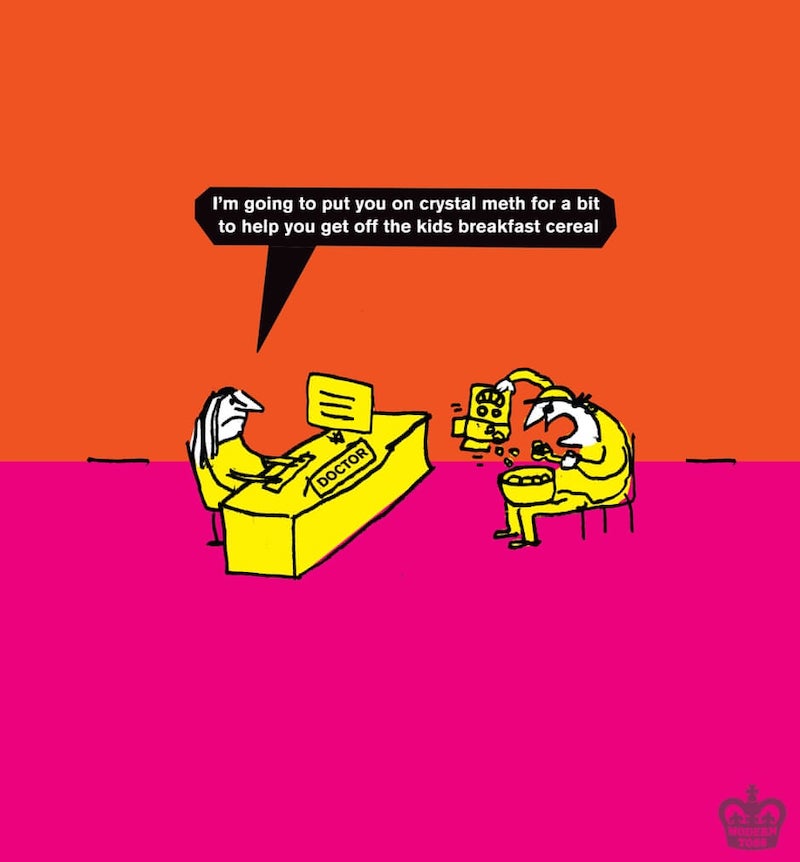 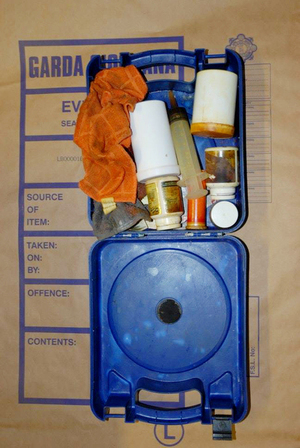 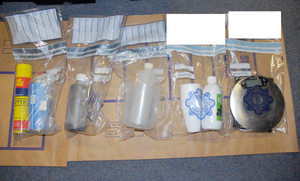 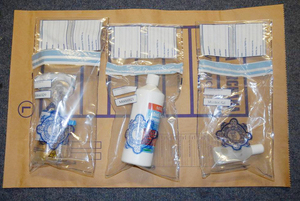 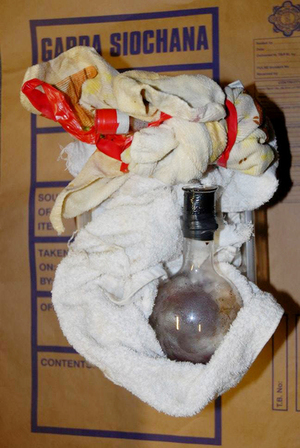 Paraphernalia seized by Gardaí during the discovery of a suspected ‘Crystal Meth Lab’ in Walkinstown, Dublin.

According to Gardai, pending analysis, the estimated street value of the drugs seized is thought to be in excess of €450,000.

A 50-year-old man was arrested at the scene and is currently detained at Sundrive Road Garda Station. 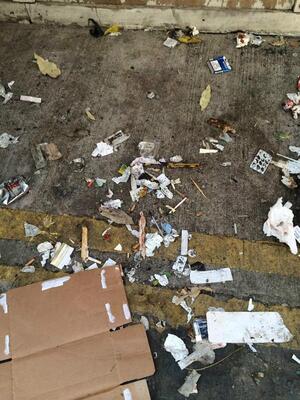 RTÉ reporter Brian O’Connell spoke to several drug addicts in Dublin’s inner city – within two minutes’ walk from O’Connell Street – about a new drug that’s being sold as crystal meth but is, in fact, a drug called MDPV. It was formerly sold as bath salts in headshops and is generally snorted.

Mr O’Connell said for the last few weeks MDPV has been sold from two locations in Dublin and that 50 or 60 people are calling to these locations every day for the drug.

One man, who has been on heroin for the last 8 years on and off, told Mr O’Connell:

“I smoked three bags of heroin in a row to come down off it, it was that bad, I ended up throwing it away. But I’ve seen people who are strung out on it now, injecting it, smoking it, it’s just completely different. The way they go on, they’re paranoid 24/7, they think people are after them, they’re looking for things that aren’t there, crazy…
People are only on it a week or two and you can see their appearance, they’re tearing themselves, they’re like scratching themselves, there’s big scabs all over them, it’s like it’s eating them from the inside out…There’s been a big explosion of this in the city centre itself, do you know what I mean? So the police are really going to have their hands full when it really gets a grip of people…I
t’s not fair on the public, do you know what I mean like? Because they have to witness it swell. Like I’m on [heroin] eight years and I never once used a needle. And you see dirty needles all over the place. We had to tell a mother and father to pick their child up off the Boardwalk the other day instead of letting them crawl.”

Any excuse, in fairness.