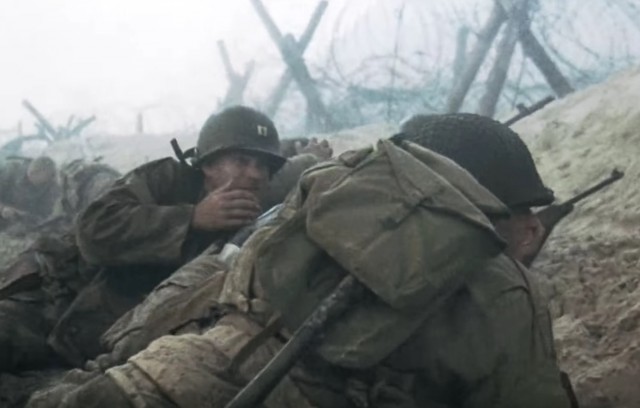 Many of the famously long shots were filmed from the intimate perspective of a battlefield cameraman, a decision inspired by actual WWII battle footage and John Ford’s The Battle of Midway, which used scenes where actual explosions on set made the camera skip.