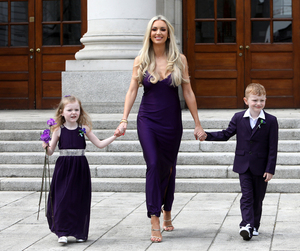 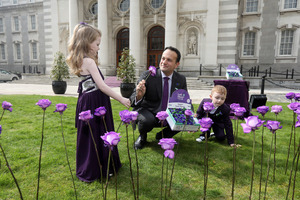 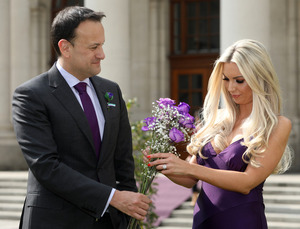 ’65 Roses’ is a term often used by young children with cystic fibrosis to pronounce the name of their disease. 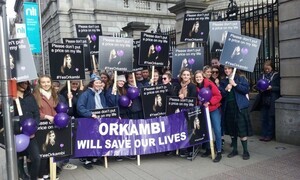 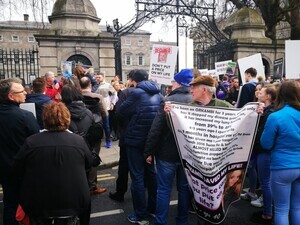 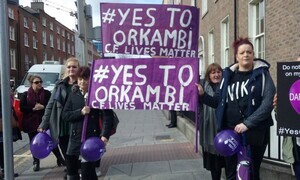 Members of Cystic Fibrosis Ireland, people with CF, and their supporters, held a protest calling on the Government to urgently approve CF drugs Orkambi and Kalydeco.

The Minister for Health, Deputy Simon Harris, met personnel dealing with cystic fibrosis during the week. Deputy Martin is accurate when he states that Orkambi is a drug that impacts on the quality of life of a patient with cystic fibrosis, but it is not the Minister who determines the value of that quality of life or how it is measured. In this case, it was done by Professor Barry, who has commented on this issue in the past.

The Minister for Health has had to shift the emphasis to major pharmaceutical companies so that there is an understanding that there is a limit to how far one can go in getting the balance between having that quality of life for cystic fibrosis sufferers and having the taxpayer pay the exorbitant amounts of money being demanded in respect of the drug.

It is true that Vertex [pharmaceutical company] has made an offer. However, the Minister is trying to bring about a situation where we are not going from year to year uncertain about what the future holds for any category of patients. In this case, it is cystic fibrosis sufferers. That is why the Minister wants to do a deal with the companies in respect of Orkambi, Kalydeco and any other future drug that may be beneficial to the quality of life of cystic fibrosis sufferers.

He is right in that regard because we do not want a situation where Orkambi, for instance, is being made available to patients at a certain price based on the improvement in their quality of life and find that the situation changes six months or 12 months down the line.

The Minister is putting together a future certainty for cystic fibrosis sufferers to deal with a pipeline of drugs, be those drugs Orkambi, Kalydeco or new drugs that come on the scene, which happens every year. I expect that the Minister will be able to conclude his deliberations inside a couple of weeks and bring about certainty for all the cystic fibrosis patients in the country of whom we have many of them, and more than most other countries.

This will give a certainty to those cystic fibrosis sufferers, whether it is in terms of Orkambi, Kalydeco or new pipeline drugs that may come on the market to treat cystic fibrosis. It is a good thing to do and the right way to go and I hope that, when it is reached, the decision will provide certainty for those with cystic fibrosis in the country. 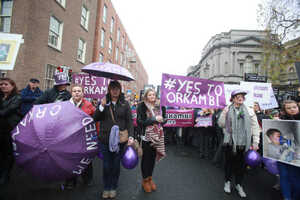 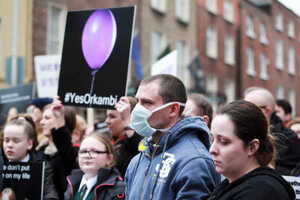 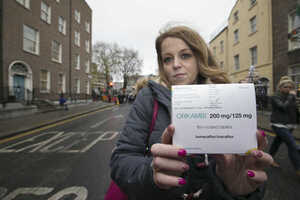 Protesters, including Cystic Fibrosis sufferer Jillian McNulty (above) outside Leinster House expressing dismay at the Health Service Executive decision to not fund the Cystic Fibrosis Orkambi tablet over ‘exorbitant charging’. The drug costs $259,000 a year in the United States.

Meanwhile, inside the Dáil chamber:

….Enda Kenny said there was a big difference between the €160,000 being sought per patient annually by Vertex (makers of Orkambi and the €30,000 value put on the drug by the National Pharmaceutical Agency.

Amid exchanges with the Opposition, Mr Kenny said he did not hear the company say it was prepared to come way down on the price.

“If they are prepared to come way down from €160,000 per patient, well then let us see what they are talking about,’’ he added. 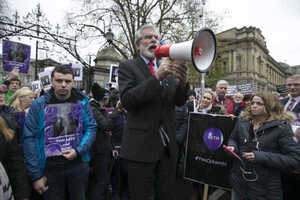 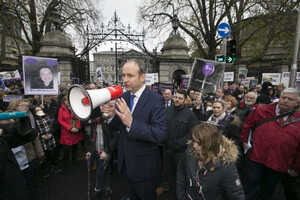 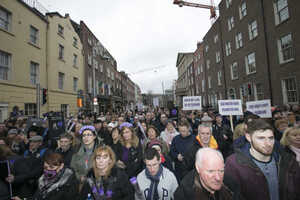 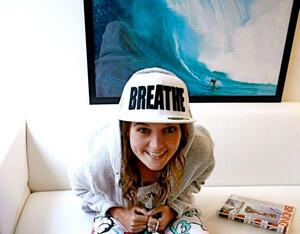 Cianne, whose Breathe Boardwear clothing company donate 5 per cent of all profits to Cystic fibrosis chairites, was National Wakeboarding champion in 2009.

Cystic Fibrosis sufferer Jillian McNulty (from her hospital bed) discusses the withdrawal of funding for the drug Kalydeco. Jillian is among 120 people in Ireland who require the medication

The National Centre for Pharmacoeconomics this week ruled the drug was “not cost effective””.

Kalydeco is described by CF Ireland as “one of the most important advances in the treatment of cystic fibrosis since the discovery of the CF gene” [in 1989]. It helps sufferers “breathe more easily, gain weight and resulted in significant improvements in quality of life.”

Response To Decision On Kalydeco (CFIreland)