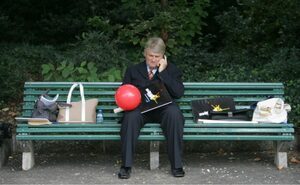 Businessman Denis O’Brien has lodged an appeal in the case he took against the Dáil, the Dáil Committee on Procedures and Privileges and the State over comments made in the parliament about his financial affairs.

…Papers lodged with the courts indicate he is taking his case to the Court of Appeal. However, it is understood he will also seek to have his case go directly to the Supreme Court on the basis that it involves important constitutional issues.

As part of his appeal he will be seeking to overturn the High Court’s ruling that he pay the legal costs of the seven-day hearing. 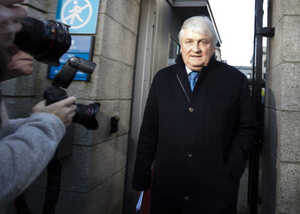 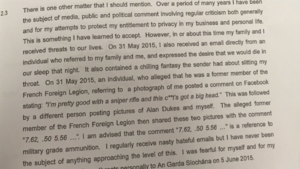 From top: Denis O’Brien leaving the High Court after giving evidence last week; an excerpt of Mr O’Brien’s witness statement given to the court

Businessman Denis O’Brien’s action over statements made by two TDs in the Dáil about his banking affairs has concluded at the High Court with judgment reserved.

Ms Justice Una Ní Raifeartaigh reserved judgment until the new year and said she would not finalise her decision until the High Court rules on the separate case of former Rehab chief executive Angela Kerins. That case raises some similar issues and judgment was reserved on it last October. 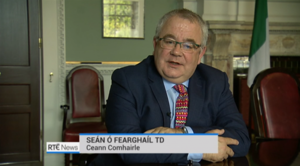 “The Ceann Comhairle has said additional measures may have to considered by the Oireachtas for deputies who abuse Dáil privilege and name individuals unfairly in the chamber. “

Martina Fitzgerald (voiceover): “While he says it’s important that deputies raise issues of public importance under Dáil privilege, he says they may also have to have a look at new regulations for those who abuse the privilege.”

Seán Ó Fhearghaíl: “The new Committee of Procedures, I would hope, will draw up a set of measures to deal with such eventualities.”

Fitzgerald (voiceover): “And what about fining them?”

Ó Fhearghaíl: “I don’t know, I don’t know. It would seem to me, to be a pretty crude instrument but it might be an effective instrument. I’m willing to consider that. If that’s proposed and agreed by the CP, I’ve no difficulty with that approach.”