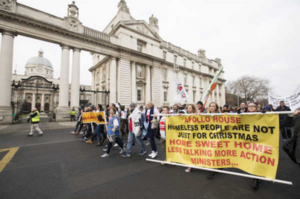 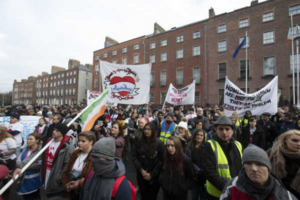 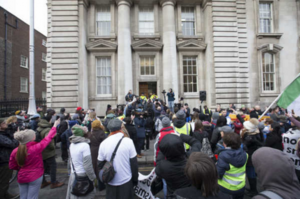 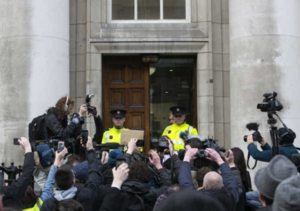 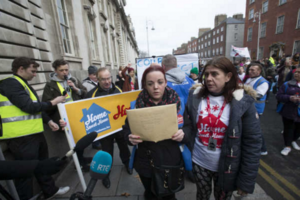 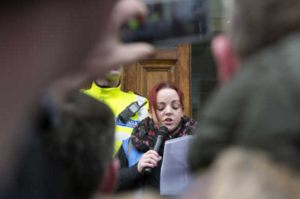 #Ireland is in a housing emergency yet we have #Nama properties not being used. Petition delivered to Michael Noonan today. #ApolloHouse pic.twitter.com/N2BOfXevGi

Outside the offices of the Department of Finance on Upper Merrion Street, Dublin 2.

Supporters of Home Sweet Home, including Carrie Hennessy (speaking in photograph above), deliver a letter and petition calling on the Minister for Finance, Michael Noonan, to direct NAMA to use its property assets to address the homelessness crisis. 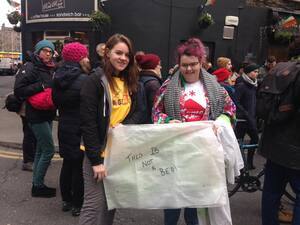 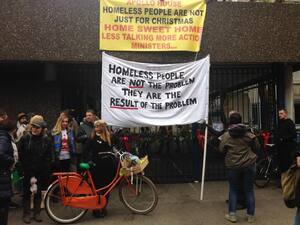 ‘What do we want, homes for the homeless’ #ApolloHouse #HomeSweetHome pic.twitter.com/3L38w6mUPX

Outside Apollo House on Poolbeg Street, off Tara Street, Dublin 2.

Supporters of the Home Sweet Home occupation of the building – including Transition Year students Emma and Aisling, from Tipperary, top – gather before marching to the Department of Finance offices.

There, a letter and petition will be given to the Minister for Finance, Michael Noonan, calling on him to direct NAMA to use its property assets to address the homelessness and housing crisis in Ireland.

On foot for receiving the aforementioned letter and petition…

The Department of Finance has released the following statement:

The Government are aware of the powers of NAMA under the NAMA Act 2009.

NAMA also has plans to facilitate the delivery of 20,000 private residential units on sites securing its loans in Dublin and its surrounds in the period to 2020.

NAMA is well on its way to deliver on that target and from Q1 2014 to December 2016 have facilitated the delivery of 4,500. The associated 10% social housing delivered on such sites should not be forgotten and is a further meaningful contribution to addressing shortages. This initiative highlights how NAMA can advance its commercial mandate whilst also being mindful of ancillary social objectives.

The availability of housing is the key priority for Government and has been the focus of a number of measures introduced under the Government’s Rebuilding Ireland Plan. The Department of Finance, the Minister for Finance, and NAMA continue to support that work.

Via The Department of Finance

It said the repeated errors had been made by a “small team of about four economists” within the department, and said it “failed to predict the sharp economic downturn”.

“The 2012 exchequer deficit was consistently overestimated by the Department of Finance,” it said…the projection on Budget Day in December still overestimated the deficit by €0.8bn.

Bodger’s checking with Doheny and Nesbitt’s. 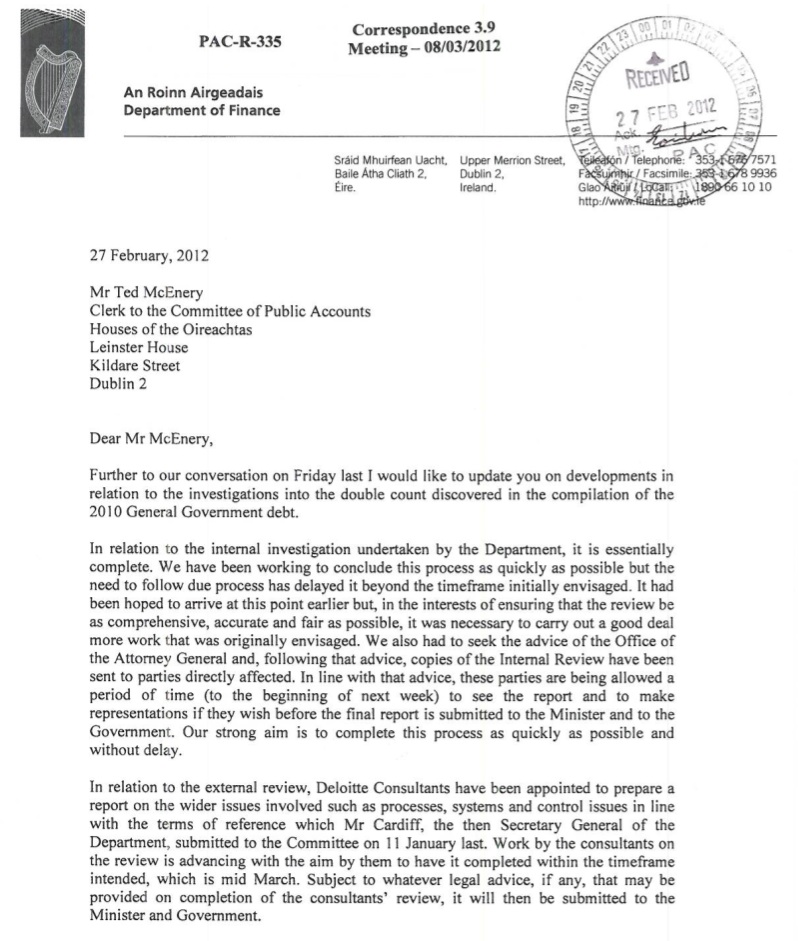 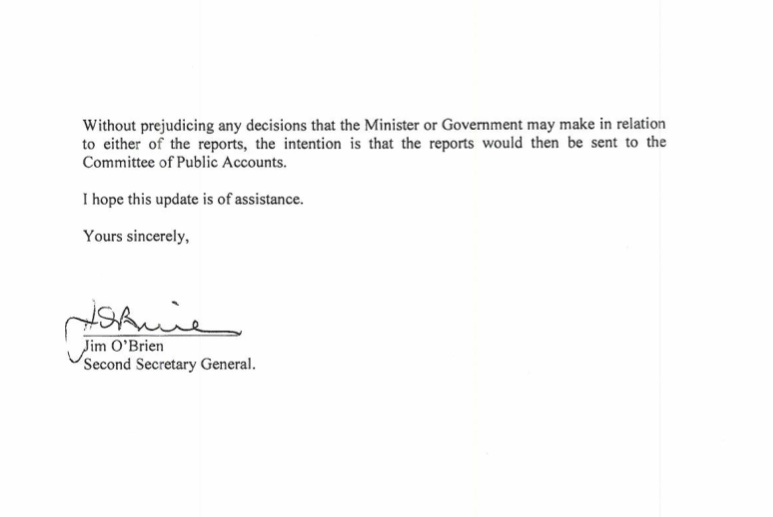 And we wonder why we’re currently being forced to eat our young. 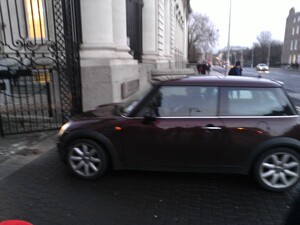 Taken literally minutes ago (8.35am) on Merrion Street.

The outgoing head of the Department of Finance arrives for work at government buildings in an extremely unlikely little number. 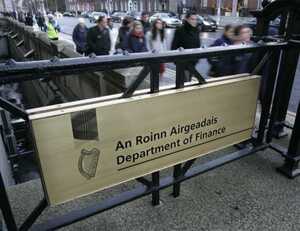 The post of chief of the Finance Department left vacant by Kevin Cardiff’s appointment to the European Court of Auditors prompted the following editorial this morning.

The finance department once attracted the best brains in the civil service, often the best brains in the country. To some extent it still does.
But in recent decades and especially during the Celtic Tiger era, its deficiencies multiplied. When the crash came, it was exposed to the same glaring light that fell on other institutions.
Now it needs a chief who will shake it up from top to bottom…there is a strong argument in favour of choosing an outsider…But how much should the outsider be paid?
…The cap on Public spending remuneration is €200,000 a year. Most likely a suitable candidate and his/her partner earn more than double that. Very Likely too, they have a house to sell, another house to buy, substantial possessions to be transported, children to be placed in fee-paying schools. Here is a strain on patriotism if ever there was one.
In principle, and as a statement of intent, the cap is justified and reasonable.
But there is an exception to every rule and there should be an exception to this one.
We should not allow a return to old-style thinking which places the preservation of an insider network above the real public interest.