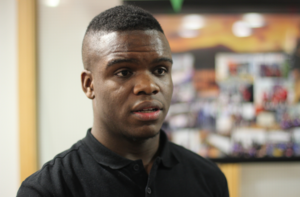 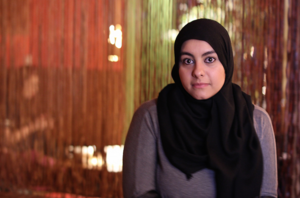 RTÉ’s documentary I Am Immigrant is on RTÉ Two tonight at 9.30pm.

They talked about racism, prejudice and change in Ireland.

Ray D’Arcy: “So, Boni first,  you came to Ireland when you were…”

Odoemene: “My dad was a diplomat so it was one of the countries of his diplomatic duties to be here. So, it was in 1998, I was two years old and here, we go, Dublin.”

D’Arcy: “So have you gone back to Nigeria to holiday?”

D’Arcy: “And you’ve no memories of Nigeria?”

D’Arcy: “Are there pictures in the family album of you in Nigeria?”

D’Arcy: “Right ok, and you’re mum and dad, do they share stories of your home country with you?”

Odoemene: “Oh yes, they share stories, a lot of stories, I’ve had the privilege of learning about the history and the culture of two different countries so I’m very happy with that.”

D’Arcy: “I suppose you know, I’m from a generation, and I used to say it, like we were probably one of the most homogeneously white countries in the world because we’re on the western extremities, we were up, and people travelled as far as England and stopped so people were, we were predominantly white. And it’s only happened in the last while. Now, for the next generations, it’ll be completely acceptable. We’re in a period of transition I think. And you’re living in that.”

D’Arcy: “Yeah. How does, does that explain things a bit to you? It’s going to be more, it’s going to be easier for people like you in years to come.”

Odoemene: “Definitely, whenever you ask yourself a question like, ‘why’s it like this?’, oh you have to understand that it’s only been what 15/20 years since the whole kind of change, multiculturally here. But then you say to yourself, but at the same time, it’s what, 2010, 2015, 2016, it’s not the 1960s where this was new to the whole world. So it’s hard to wrap your head around. But it’s something that we’re getting, we are finding a conclusion, as a country ourselves and I’m happy to be part of it.”

Elham Osman: “I moved to Ireland at the age of eight. I was born in Tripoli in Libya and then moved to Egypt at the age of two and then left Egypt when I was eight. We came here to join my dad, he came here in 1999. He came to work and then we came two years later. ”

D’Arcy: “And you consider yourself…”

Osman: “Yes, a malteaser. I’m brown on the outside but I’m white on the inside, a lot of people would call us that, or a coconut or anything that had two colours.”

D’Arcy: “What’s? How many muslims are in Ireland now? What’s the population?”

D’Arcy: “So your family, you go back to Egypt regularly.”

D’Arcy: “And your husband is…”

D’Arcy: “Mohammed is his name?”

D’Arcy: “In the documentary you’re talking about the fact that he’s finding it difficult to get a visa to stay in Ireland.”

Osman: “Yeah. It was easier a few years ago but nowadays, with what’s happening, things have changed and a lot of rules came in and it’s just getting harder I think. But I don’t really blame them because of what’s happening right now in the western world in general. It, yeah, it just gets harder. But we’re just waiting to see what’s going to happen.”

D’Arcy: “And you, obviously, you know when things like Brussels and Paris happen, how does that affect you?”

Osman: “It used to offend me years ago and I used to get in defence mode where I’d have to justify myself and I used to literally sit there and explain to people this is not what Islam says and stuff but nowadays, I just, like I even tell my friends, we don’t have to justify ourselves because, you know, it’s not our fault people think that way and it’s not our fault the media shows this, you know? It annoys me when I see something like that because people automatically think ‘it’s a muslim’, you know, even before you know who did it. Whenever an attack or bombs, or whatever, you just assume it’s a muslim. And nowadays if anyone wants to bomb anywhere, they just say ‘Allahu Akbar’ and there you go…”

D’Arcy: “Do you not think that ISIS were responsible for that? They’ve claimed responsibility for…”

Osman: “I don’t know where they came from. Because I, I don’t consider them muslim because they don’t follow anything that Islam says..”

Osman: “Unfortunately, and that’s what people see on the media. And that’s what makes people’s ignorance grow as well unless they, people who deal with other cultures have more of an open mind to take in things and understand other cultures and other religions. But other people who just see the media and have no connections with the outer world, I guess, or people like myself, or Boni, or whatever, they just, all they have is this media and they just have to go by what they see..”

D’Arcy: “And the muslim population in the world is 1.8billion.”

Osman: “Exactly, like if we were all terrorists, the whole world would be gone, you know?’

D’Arcy: “Yes, it would. So what about living then and racism? Boni, have you experienced racism?”

Odoemene: “Oh yeah, it’s something anybody that’s non-white is expecting in some shape or some form, whether that be the old school in-your-face mystery mentor yelling of, can I say the n word, can I?”

Osman: “Or Paki and I’m not even Pakistani, like I’m not Asian, if you want to be racist, be right like.”

Odoemene: “For real. But yeah it’s something that for all of us who are non-white have expected it in some shape or some form. What’s happening now is that the traditional in-your-face racism is slowly being filtered away and what’s being replaced, what’s replacing it is the more indirect one and it’s so subtle only those who are on the receiving end..”

Odoemene: “Oh for example I could be sitting on the bus and if I’m the only black person on the bus I’m probably the only person who’ll think, ‘who’s going to sit next to me?’.”

Odoemene: “Just in my head. There could be two or three seats left, or no seats at all. But I’m still thinking, she probably won’t, he or she probably will not sit next to me.”

Odoemene: “Yeah, oh, definitely. Or I could get on the bus right now and the whole bus could be packed up or there could be three or four spots left. I’m looking at whose reaction to me, walking past them, is the most open reaction so I can sit next to them. So it’s little things like that…”

Osman: “[On Dublin Bus] I was with a friend of mine going back home, well going into town from DCU, that’s where I went to college, and a group of six, well seven, girls attacked us. Just because. They were about 16/17 and first it was verbal abuse like, they were just saying stuff but that’s something we’re used to so whatever, like, you brush it off. But they kept going on and then, at some stage, my friend said something back to them and then they actually physically attacked us on the bus. And as the driver was getting out, the girls to go downstairs, well they should have been kicked off but they went downstairs, and when he came up, he told them to go so he could see who actually, you know, was doing the whole trouble, problem, whatever. One of them said, ‘I’m ginger, get them off the bus‘.”

Osman: “I’m ginger, I’m Irish. I feel so pathetic saying this but that’s what she said. And it actually made me laugh, like, are you serious? You know. And then they..”

D’Arcy: “That antagonised them more I would imagine, the fact that you laughed. Were they referring to your headscarf or..”

Osman: “Yeah she was like, actually it was right after Bin Laden was dead or something and they were like, ‘are you upset with Bin Laden your da?’ and I was like, ‘ok’. I clearly wasn’t. And then, when we got downstairs, we got off the bus, they followed us off the bus onto Dame Street to College Green and they physically attacked us then.”

Odoemene: “What I can see is that there’s becoming more of a youthful awakening politically. Being different is the norm nowadays, it’s being celebrated more. Example of that was the wonderful result from the marriage referendum last year. What we’re doing as a nation, celebrating the difference, but, at the same time, that safe haven you see around maybe within your college walls or your youth centres but it’s when you go outside to far more traditional areas, it’s not the same. Or when you go back to your home town or outside Dublin, as well, it’s not the same as you may feel. There’s a slow change but it’s coming.”

Previously: ‘I Used To Fantasise About Being White’