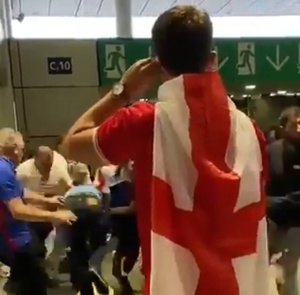 england fans are sore racist violent losers that need to be punished by fifa. we can’t just sit & watch them physically attack italy fans at wembley then hurl racial insults at rashford, sancho & saka. fifa needs to act. we need to create an environment safe for players & fans.💔 pic.twitter.com/gJOv5xT2dt

England football fans and Italians clash at Wembley stadium before the Euro 2020 final.

Fan violence the only thing that disgraces England in Euro 2020 final defeat (Independent.co.uk) 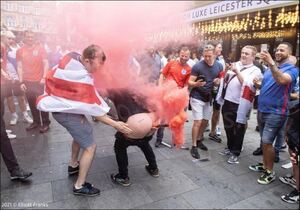 Dublin’s Euro 2020 games have been moved to Russia and London as the FAI and the Government were unable to guarantee spectator attendance.

The three Group E matches featuring Slovakia, Sweden and Poland have been moved from Aviva Stadium to Saint Petersburg.

UEFA have confirmed that the last-16 game scheduled for Dublin has been switched to Wembley Stadium in London.

…UEFA’s executive committee is meeting today to finalise plans after Bilbao and Dublin could not guarantee fan presence at matches, with Seville replacing Bilbao as a host city.

Nine of the 12 host cities had already confirmed their venues will be at least 25% full for June’s delayed European Championships, the minimum capacity UEFA will accept. 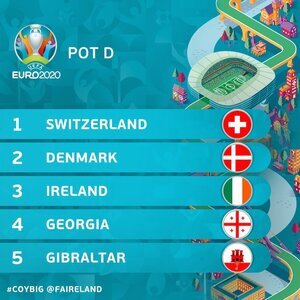 This will be Ireland’s group for #Euro2020 qualifying. Plenty of familiar opponents. pic.twitter.com/xO1KbKQD9P

Enough to send you potty.