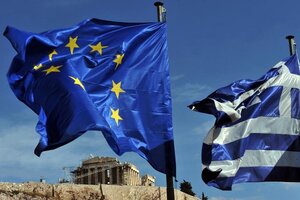 Can we be far behind?

…the real risk for the eurozone, though, is that Greek default and euro departure go relatively well, and after a year or so Greece is beginning a vigorous recovery on the back of a weak drachma. In that case, the people of Italy, Spain and Portugal would ask: “if Greece can do it that way then why can’t we?” And there wouldn’t be a good answer. The euro-zone would do the splits as soon as you could say Jean-Claude Juncker.

Of course, virtually no one in the Greek establishment wants Greece to leave the euro. Yet the country desperately needs decent economic growth. An end to austerity and a debt write-off would only do half the job. The other half is improved competitiveness. Achieving that through sustained deflation would be slow and painful, and would intensify the debt problem all over again.

It is not unusual for governments to cling on to what is the source and origin of a painful economic predicament. This is a version of what is known in the psychological world as Stockholm Syndrome, when prisoners become emotionally dependent upon their captors and do not want to escape.

Don’t believe the scaremongering: Greece leaving the euro would be no disaster (Roger Bootle, The Telegraph) 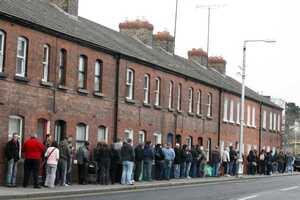 The proportion of households without a working adult in Ireland is the highest out of 31 European countries and more than double that of the euro zone average, according to a report published by the Economic and Social Research Institute (ESRI) this morning.

In 2007, before the recession began, Ireland also had the highest proportion of jobless households in the zone.

In 2010, 22 per cent of households in Ireland were jobless compared to the euro zone average of just over 10 per cent. A jobless household is defined as one in which its adult(s) spend less than one-fifth of their available time in employment. 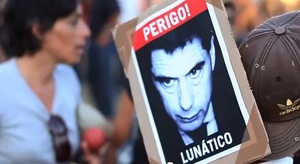 A video (to a Portuguese folk lament) of Saturday’s demonstration against austerity measures in Lisbon. 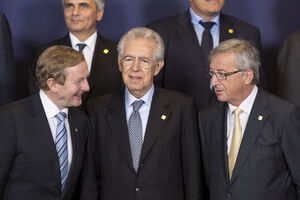 According to a statement issued at 4am, eurozone leaders pledged to “examine the situation of the Irish financial sector with the view of further improving the sustainability of the well-performing adjustment programme.”

Following intensive negotiations, first at official level and then at heads of government level, it was agreed that the EU’s permanent bailout mechanism could be used to directly recapitalise eurozone banks.

This had been a key demand of the Spanish and other governments, including Ireland, in the run up to this week’s crisis summit. Speaking as he left the European Council building, Mr Kenny described the new deal as a seismic shift in EU policy, and said it would allow Ireland to re-engineer its overall debt level, which would reduce the burden on Irish taxpayers.