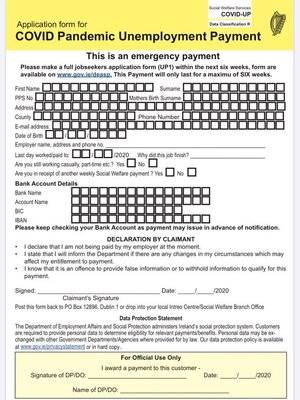 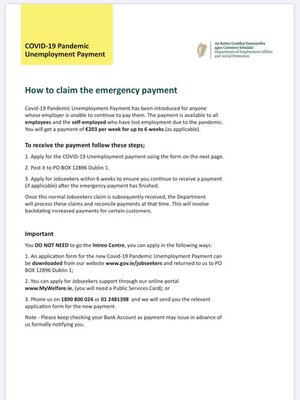 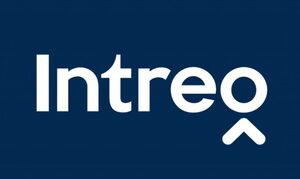 It is estimated that around 140,000 people have been laid off work in Ireland because of the measures taken to tackle the coronavirus.

Those eligible are being urged not to go to Intreo, the public employment service, offices, to abide by social distancing rules and avoid long queues. 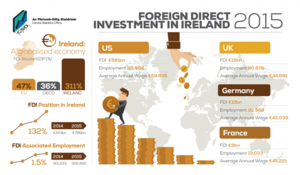 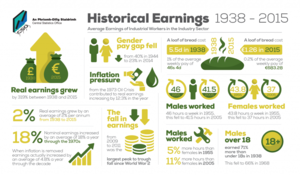 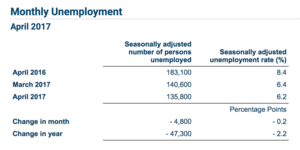 The Central Statistics Office released new figures on foreign direct investment in 2015, historical earnings from 1938 to 2015, and unemployment in Ireland. 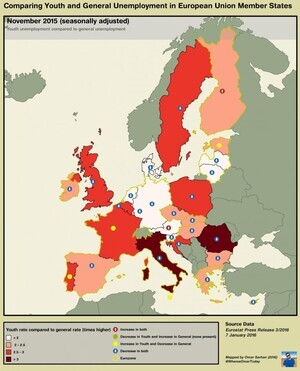 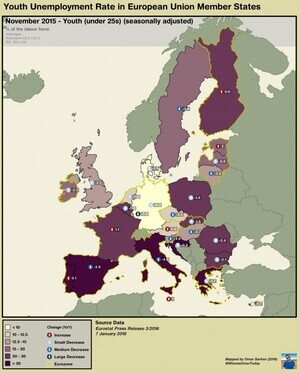 Further to his ‘controversial; jobless map of Europe…

A few days ago I created a map showing unemployment in Europe, I have explored the statistics further and took a look at the youth element. I created  comparison maps (above). Now I am acutely aware that youth unemployment is a constituent element of general unemployment so the comparison does have its flaws. However it provides another way of visualising the data and the unemployment landscape.

I’m no social studies expert, but I think that when unemployment is decreasing in both categories it’s a positive sign. When unemployment is increasing for youth and decreasing in general this may indicate an economy with jobs going to older more skilled employees. I really can’t say anything for definite, but like a lot of maps it got me thinking and reading…. 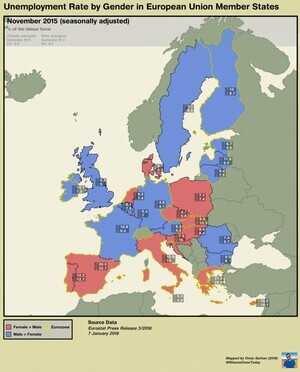 The Eurostat statistics breaks down general unemployment by gender, some very interesting patterns. The level of unemployment is always going to be related to the social policies, economic strategy, economic base, demographic profile, immigration, and legacy gender issues. Each country has its own paradigm. I’m still reading into this so can’t come to any definitive conclusions. I am curious about the historical trajectory of these rates and what happens in an economic downturn or an upswing…

Where is Ireland’s welfare system headed?

A warning from the UK.

It’s clear where the Irish government want it to go. They have been explicit about what it is that they want: something that looks like the UK system. The reforms point to what now exists here: the same multinational companies (G4S, Serco, etc.) are bidding for contracts; similar unwaged work schemes, like the already existing internship programme JobBridge, are set to play a prominent role; and the use of benefit sanctions is set to increase.

The reforms are already underway. The winning contracts for Jobpath, the welfare-to-work scheme for those unemployed over a year, modelled on the UK’s disastrous Work Programme, will be announced shortly for four Contract Package Areas across Ireland. Private employment service providers such as Ingeus are set to create a welfare industry with themselves at the head of supply chains and the taxpayer footing the bill. Below them, they will aim for a host of subcontractors from the voluntary and charity sectors, as well as smaller private providers.

Ireland’s government has ignored the vast evidence of the welfare to work industry’s failure in the UK, and instead are on a path to repeat the same mistakes. We know, for example, that a harsher system of sanctions creates destitution and hunger. We know that forced, unpaid work placements lead not to more jobs but to more misery. We know that companies take advantage of free labour and that workfare fuels the precarious elements of the labour market. We know that big private employment and training companies are good at churning the unemployed through their programmes but not at securing them good, lasting jobs. We also know that workfare schemes mask the real level of unemployment. 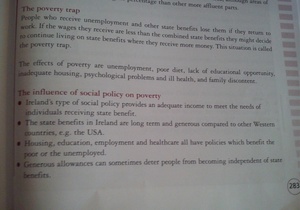 a visual insight from the Institute of International and European Affairs into the scale of the jobs crisis facing Europe. 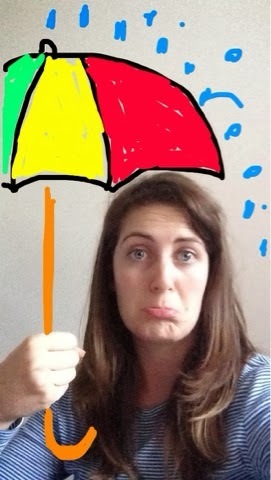 Artist and designer Laura Colgan (above) on the struggles of finding employment in the digital sector (or any sector for that matter).

Nine months in a onesie.

I’ve been unemployed for nearly nine months (actually that’s extremely scary, it’s the first time I’ve totted it up). Rewind to September 2012 when I quit the shop job that I had on and off for nine years. It got me through school and college, the year of saving for America and the year after I got back.

This was the point when I decided I needed to do something drastic about my career. The more I stayed in that job, the less likely I was to find a job in my field, and the more my creative energy diminished.

I got an Honours Bachelor of Design in Visual Communication from NCAD in 2009, where I focused on illustration and print. When I quit my job I had a freelance layout job with a non-profit book publishers. It turned into a longer-term job that I milked through to May 2013. In that time I also squeezed in a three-month part-time unpaid internship with an Irish Women’s magazine. I vowed never to do anything unpaid after that, I did my time and I deserved to get paid. I’M AN ADULT!

I’m not the type of person who likes being unemployed. I keep busy. I’m creative and motivated and interested in new things. Alongside job hunting, over the next eight months I would voluntarily paint murals for the local Tidy Towns Committee, move house, join a hockey club, take a two-week trip around Ireland and subsequently start my ‘Photo of the Day’ on Instagram. I would go on a few interviews that I was so close to getting. One employer in particular really loved me and my work but someone with more experience eventually got the job. I found this the case numerous times. END_OF_DOCUMENT_TOKEN_TO_BE_REPLACED 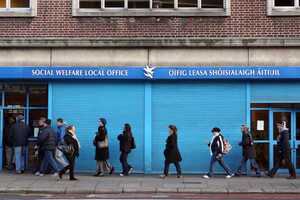 The report’s authors, David Duffy and Kevin Timoney…predict 32,000 people will emigrate this year and a further 22,000 will leave in 2014. 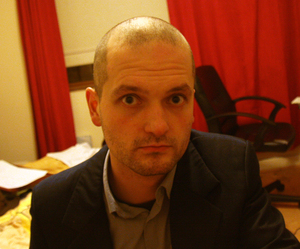 Seanán Kerr (above) is an unemployed Broadsheet reader and social welfare recipient.

He’s been called a lot of things lately.

“Sponger,” “waster” and “parasite with a buzz cut” to name just three.

And that’s just in our comments section.

Where on Earth do people like you come from??!!! What TV shows did you watch growing up? The ones where Superman wiped out shanty towns? Where Batman invented the AIDS virus? Where Spiderman threw children into burning orphanages? Did the not-so-subtle subtle lesson to have a bit of compassion and thought for others, just go “whoosh” right over your head? Is your brain devoid of mirror neurons???

Nobody in their right mind chooses to be on social welfare (and I mean literally).  When there was full employment in this country the rate was around 3%, of that 3% long-term was around 30% of that, so 1% of the total workforce you’re using as stick to beat the rest. A 1% of people who if you were to take a minute to think are perhaps in that situation for conditions beyond their control, like depression, dyslexia, the fact that they were more than likely born into poverty. What do you think that one percent looks like and why do you think they are as they are? Do you think they all just got up one day and said “f*** this working sh*** let’s do nothing with our lives!” Even if they did (which they almost certainly did not), giving money to these people, well it solves problems like the cost of housing people in prison and hospitals in a civil society, the sums paid out are usually recycled within the economy at a rate much faster than money paid out to public sector employees or through government contracts, so it keeps the economy, especially in less well off areas ticking over. You certainly won’t get them into work if you make their dole less, if they can’t find work in a boom how they hell do you expect it in a depression when competition for work is higher?

The whole notion of “the sponger” is a poisonous myth that serves nobody but the powerful: work a job or be the scum of the earth, that’s your life, that’s your choice, all the while they destroy the economy by destroying the ability of society to create actual jobs (either through bailout massive failed industries like the banks, selling off natural resources for profit, exporting jobs…).

But yeah blame the poor f*** who has nothing beyond their horizon but their weekly few quid and the life of middling daytime TV more a kind of rotting than living, the person who if they ever had a chance to be something they aren’t never even had the wits to seize it, yeah blame them.

If the dole is so great, then by all means, go on it, congratulate the people in receipt of it for their canniness to avoid the 9-5 grind. If it’s a “lifestyle choice” then why not choose it? People like yourselves and Joan Burton make it sound so lovely, it’s most puzzling why you don’t simply avail of it.

It’s not just the fact that it’s life of misery, penny-pinching bill paranoia, that eats away at you, because of course you obviously have no clue what it’s actually like.That sense of self-righteousness “proving yourself through work”, (as though “work” itself was the holiest of activities), that desire not to be “one of them”.

Well in order to want to “not be one of them” you have to first “not be one of them” it’s how human identity works, it’s why feral children don’t have a proper sense of self, you see “them” and you only think “thieves, scum, and parasites” funnily enough people have a habit of turning into what their treated as being, it’s almost as funny as the trait people have of using their deepest fears and paranoia about themselves as the insults they most readily throw about. 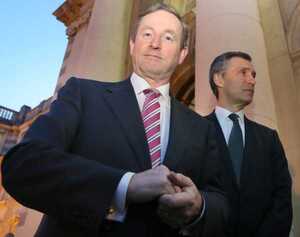 He’s been at the typewriter.

At the core of the Government’s strategy is the creation of jobs for our people. While the unemployment problem has stabilised, I acknowledge that far too many people cannot find work, or have had to leave the country to get a job. Our aim is to make Ireland, by 2016, the best small country in the world in which to do business and to create jobs.

Enda Kenny, Together We Have Started To Turn The Tide (Enda Kenny, Irish Times) The Working Abroad Expo in the RDS, Ballsbridge, Dublin, on Saturday.