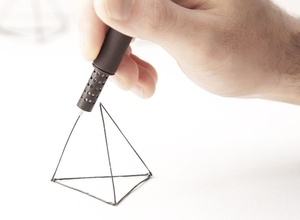 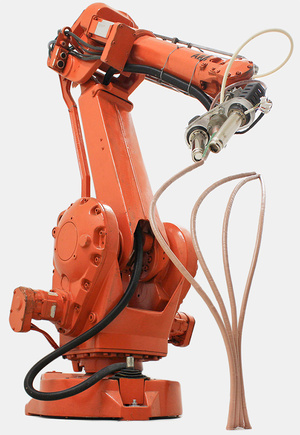 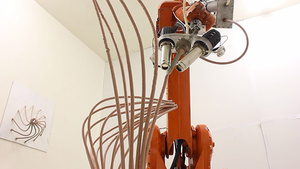 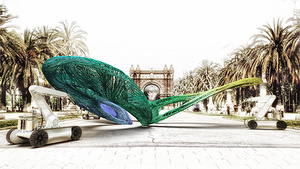 You’ll recall the shape-conjouring witchcraft of the 3Doodler pen, released a few months ago.

Well, here’s the industrial scale next generation: Mataerial – a large robot that can ‘draw’ three dimensional sculptures from the ground up,  or outwards from a vertical wall, seemingly immune to the force of gravity.

Developed by a team of researchers including Petr Novikov, Saša Jokić from the Institute for Advanced Architecture of Catalonia (IAAC) and Joris Laarman Studio, the machine extrudes a fast thermo-setting polymer which solidifies on contact with air in a process they refer to as ‘anti-gravity object modeling.’

And that’s just for starters. The device can also execute precise colour changes in the extruded polymer to create gradients and hue-shifts in real time.

Next: large scale sculptures, world domination and the enslavement of mankind.