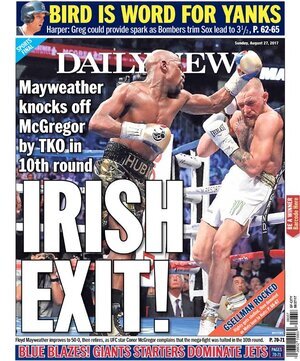 In the 10th round of a surprisingly competitive fight, Mayweather backed McGregor onto the ropes with a series of rights and lefts. McGregor’s face was completely bloodied. He was about to fall through the ropes, and the referee stepped in to stop the fight with 1:55 remaining in the round.

Previousdly: A Working Class Hero Is Something To Be On the N11 southbound, just before Glen of the Downs, County Wicklow. 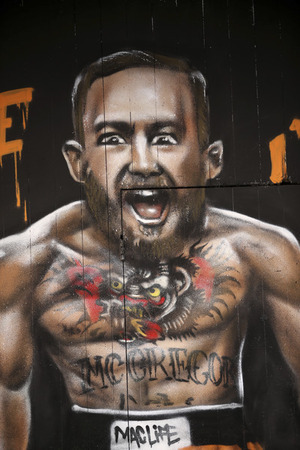 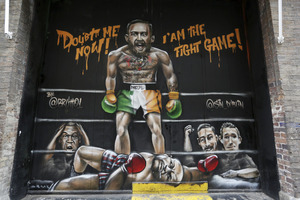 Conor McGregor has this morning obtained a licence to box in the state of California.

The move follows an exceptional amount of trash-talk in boxing magnate Floyd Mayweather’s direction, with rumours swirling around a match between the two, should contracts and circumstances ever allow.

The once-retentive UFC has loosened up its policies on co-promotion as of late, working with wrestling promotion WWE on crossover talent appearances, which sets a precedent for an event such as McGregor is pitching for.

“It’s all a game, all a calculated effort to gain more fans. Conor McGregor can say anything he wants to, but he has a boss and his name is [UFC president] Dana White.”