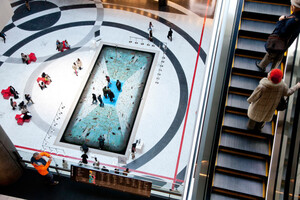 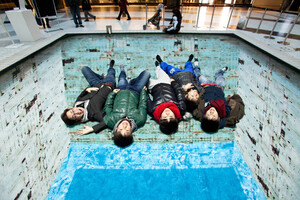 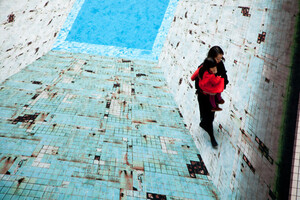 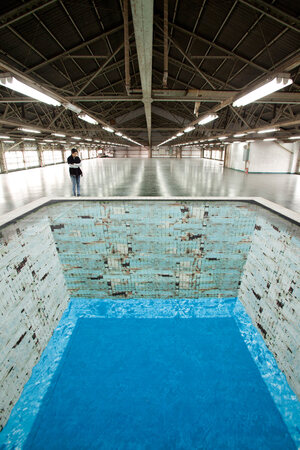 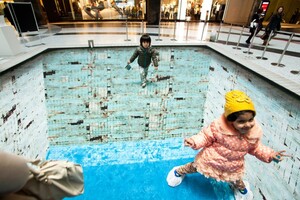 POOL, loss of colour (2014) by Dutch artist Jeroen Bisscheroux – an anamorphic coup d’oeil ‘carpet’ painting exhibited last month at Osaka in Japan, intended – consistent with entertaining its viewers – to evoke both the Fukushima disaster and the Sendai tsunami. 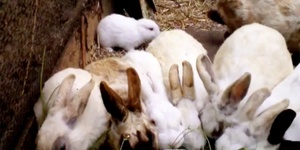 It’s cute, it has no ears and its 800m tall, laser-eyed progeny will shortly be decimating Tokyo unless someone reawakens Godzilla.

On March 12, the Japanese government issued an evacuation order for residents living within the 20 kilometer radius of the Fukushima Daiichi Nuclear Power Plant. Since then, the no-man’s-land has been out of touch with the rest of the world.

He says that, inside the zone, homes, building, roads and bridges, which were torn down by Tsunami, are left completely untouched, herds of cattle and pet dogs left behind by their owners wander around the town while the radiation level remains far beyond legal limits.