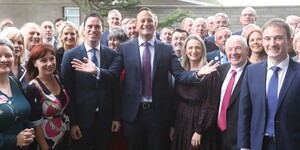 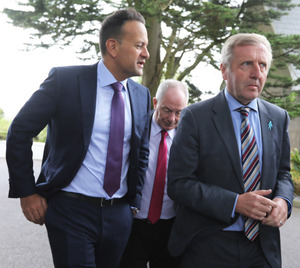 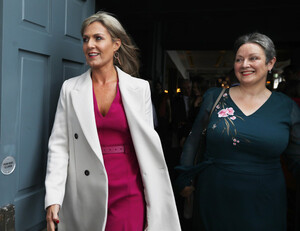 Members of Fine Gael, including Taoiseach Leo Varadkar and Minister for Agriculture and Cork TD Michael Creed (centre pic) and Maria Bailey TD and Marcella Corcoran Kennedy TD (above), at the party’s ‘think-in’ at Garryvoe Hotel in Garryvoe, Co Cork. 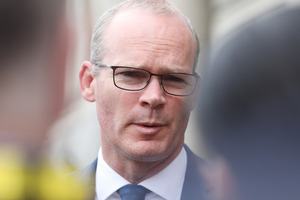 "I think there will be a general election next year…I think it will be next summer."- Simon Coveney

“Fine Gael is a safe pair of hands in Government. Yes, we’ve made some mistakes….I would ask people to judge governments and judge political parties by their record and I think, by the time an election comes around next May, I would hope that we’ll be able to stand over a very strong record.”

“I have always said that I believed that the next general election should take place in the summer of 2020.

“I think May 2020 is the right moment. It will allow to us to complete a full parliamentary session in the new year, discharge our Government duties around St Patrick’s Day and the March European Council and have a new Government in place well in advance of the next summer recess.”

May 2020 is the ‘right moment’ for a general election, says Taoiseach (The Irish Times)