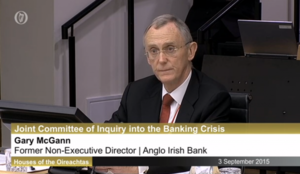 Fintan Drury and Brian Cowen both appeared before inquiry about golf game. Was no mention of pre-meeting in Mr Drury’s home. — Sarah Bardon (@SarahBardon) September 3, 2015

Previously: ‘At No Point Was There Any Discussion Whatsoever About Anglo’