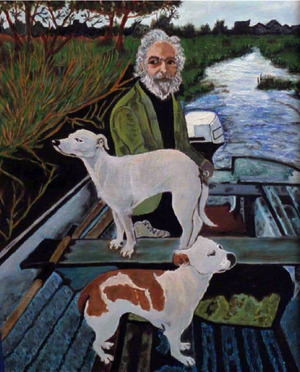 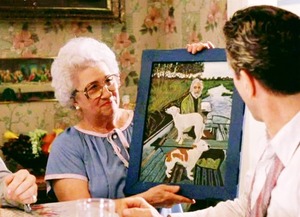 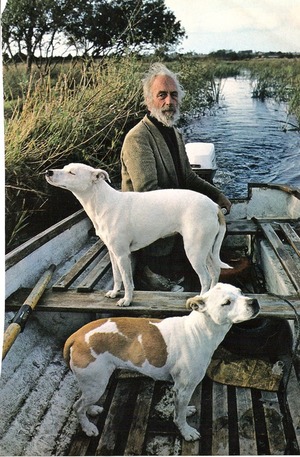 The Guardian’s Alex Godfrey recently blogged his fascinating research into the origins of the painting by Tommy DeVito’s mother in Scorcese’s Goodfellas.

You remember the scene.

The painting used in the movie was created by Goodfellas co-writer Nicholas Pileggi’s mother based on a 1978 photograph in National Geographic magazine of ‘river nomad’ and former banker John Weaving and his dogs Brocky and Twiggy on the Shannon.

Did you know this? We did not know this.

READ ON: Whaddya want from me? (mrgodfrey) 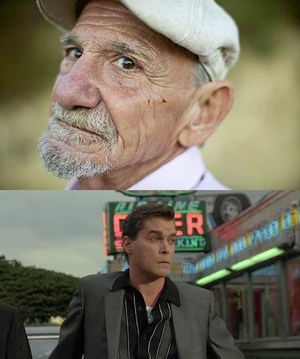 Hill was born to an Irish father and Sicilian mother in New York in 1943 and joined the Lucchese crime family, one of the city’s Five Families. He excelled at his chosen profession, hijacking trucks, fixing basketball games, collecting gambling debts, dealing drugs and “breaking heads”.

Goodfellas, based on Nicholas Pileggi’s book “Wiseguy”, details how following the 1978 Lufthansa heist at JFK airport, then the largest cash robbery on US soil, he “turned rat” and sent a string of Mafia figures to jail.

And he got to live out the rest of his life like a schnook. 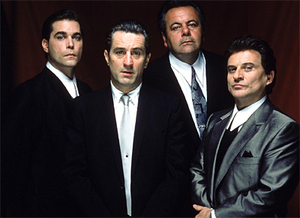 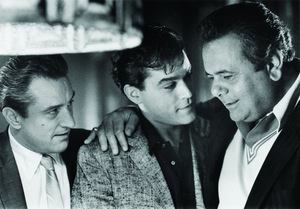 Twenty years after the release of Goodfellas – the best gangster movie of all time, bar none, period, amen – GQ magazine interviews 60 members of the original cast.

It’s great. You’ll be watching the movie again this evening.