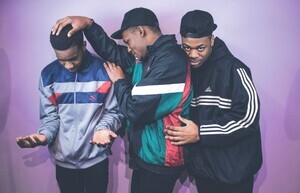 02. Having racked up the laundry-list of Irish independent music milestones, including appearances all over the festival circuit and the gamut of TV and radio appearances, the lads signed to major label Columbia (an imprint of Sony) in January, joining a small but growing list of independent Irish acts to have been courted by the bigs (see also: Le Galaxie, All Tvvins).

03. Streaming above is the video for debut major-label single If I Ask, available now across all digital platforms, and currently on rotation on MTV, of all channels.

Verdict: One of Irish music’s real success stories of the past few years, HARE SQUEAD have it all ahead of them.