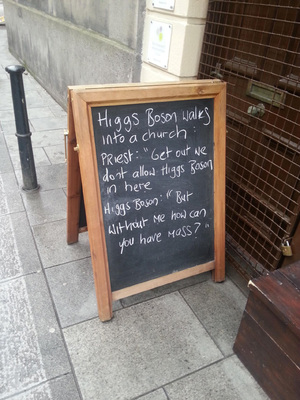 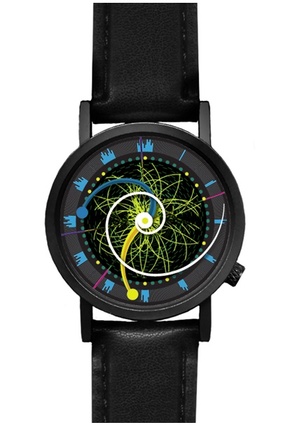 The mind-blowing design of the Higgs Boson Watch displays what is believed to be evidence of the Higgs boson decaying into other bosons during a collision.Where else are you going to find a watch capable of unifying the four elementary forces—weak, strong, electromagnetic and gravitational? 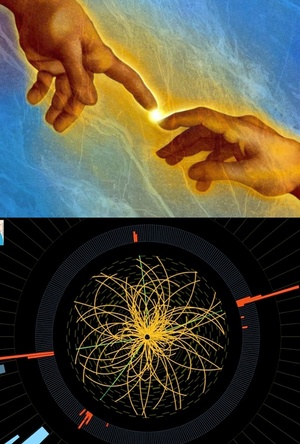 HISTORY WILL be made this morning on the French/Swiss border, as most of us are munching cornflakes or struggling to work through the rush hour. Scientists at Cern, the European centre for nuclear research, are expected to announce the discovery of the Higgs boson – what people can’t resist calling the “God particle”.

And while its announcement won’t stop the cornflakes going soggy or make the traffic go faster, the final discovery of Higgs will rank as one of the greatest scientific achievements of all time.

News of the discovery was reportedly ‘leaked’ yesterday in a video from CERN, which turned out to be one of several pre-prepared announcements, depending on the official outcome. 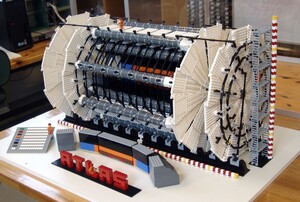 Probably has the same chances of detecting the Higgs-Boson as the real thing.