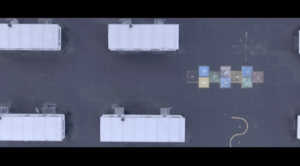 The system of direct provision.

Introduced as a six-month measure.

This country is no stranger to emigration, at its highest point only three fifths of those born here stayed. The others left without skills and mostly from the poorest parts of the country. For every 100 migrants that left, only six returned. Millions of Irish have left these shores in search of a better life and it’s still happening, there are over 200,000 less twenty-somethings in Ireland today compared to six years ago, one in six Irish born people live abroad.

Compare this to our treatment of those seeking asylum in Ireland. Direct provision, introduced as a temporary measure in 2000, is still with us today. Adults receive €19.10 per week, children receive €15.60, asylum seekers are not allowed to cook, nor to work. The average amount of time spent in direct provision is 38 months, one third of those in direct provision are children, of which 55% have spent over five years in the system.

Since its inception until 2015, the Irish State has paid €890million to providers who run direct provision centres. Companies are paid €30 per day per person in privately owned centres, €15 per day in State-owned centres. Certain companies have established entities in offshore jurisdictions and are under no obligation to publish their profits. From the period of 2011-2015, nine companies have been paid in excess of €10million from the State.

In the preceding year to June 2016, Ireland had received 2,780 asylum applications, a mere fraction of the amount of similar size European countries like Denmark (21,000 applicants) and Norway (28,000 applicants). Figures from the Office of Refugee Applications Commissioner in 2015 showed that only 9.8pc of applications were granted leave to remain.

Video by Jamie Goldrick and DK.