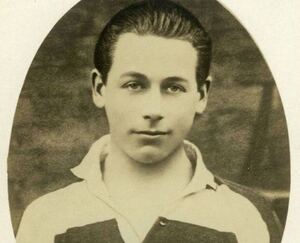 101 years ago today, Irish revolutionary Kevin Barry was hanged at just eighteen years of age. Immortalised in song, his execution became an international cause – and fanned the flames of rebellion.https://t.co/aKutJtYp1k

For the day that’s in it

In Belvedere, Barry played rugby, the games of cricket and rugby being synonymous then with Dublin’s private schools, and the middle classes. It is an image of Barry in his striped Belvedere jersey which has become immortal. Barry is still commemorated in the school with an annual rugby match today.

While still a school student, Barry had joined the Republican movement – his sister later recounted that ‘I learned afterwards that, when he joined the Volunteers, everybody thought his Belvedere cap a great joke and they decided it was a flash in the pan and they would keep him until he got tired of it. When he proved regular and punctual in attendance, the officers began to think he might be serious and decided to try him out.’

Writer Kevin Barry on Cork in the current issue of Granta:

If cities are sexed, as Jan Morris believes, then Cork is a male place. Personified further, I would cast him as low-sized, disputatious and stoutly built, a hard-to-knock-over type. He has a haughty demeanour that’s perhaps not entirely earned but he can also, in a kinder light, seem princely.

He is certainly melancholic. He is given to surreal flights and to an antic humour and he is blessed with pleasingly musical speech patterns. He is careful with money. He is in most leanings a liberal. He is fairly cool, usually quite relaxed, and head over heels in love with himself….

….There is a sense when you’re in Cork that the rest of the world is receding. Oh it’s still out there, somewhere, in the noiseless distance, but after a while it fades from view, and it has no more than the wispy quality of a rumour. When you walk across Patrick’s Bridge and the north side of the city lofts itself handsomely into being before you, it is hard to shake the sensation that you’re at the centre of the universe.”

All that and the U20 All-Ireland hurling title too! 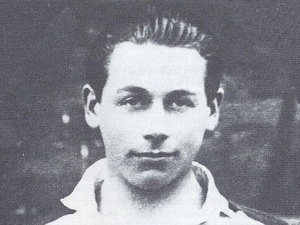 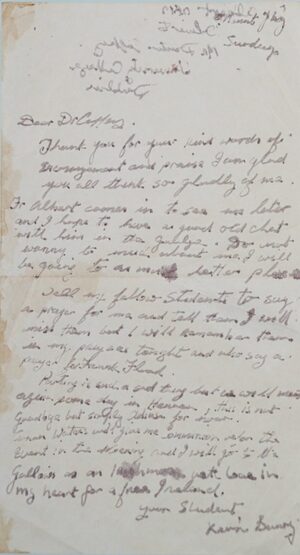 Breaking: Newly discovered letter by Kevin Barry written on night before his execution to be auctioned by Sheppards next month…