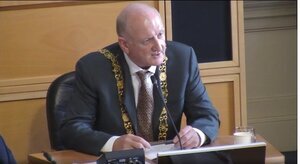 On Friday afternoon, Sonia Traynor was boxing up her family’s belongings.

She had already thrown out eight bags of clothes, not because her four children didn’t need them or wear them, but because she can’t take them all with her.

She gave away lamps and a chest of drawers to friends. She was trying to line up friends and relatives who might store the children’s toys, including new bikes they got for Christmas.

They won’t be able to cycle them now anyway. Hopefully, they won’t grow out of them.

But she hadn’t found anyone to look after the family’s dog, a big grey husky, when she moves out of her house in Ballyfermot on Monday.

“I better remember to cancel the Sky,” she says to her partner Luke Coulahan, as he makes a pot of tea. The kitchen around them is full of boxes.

They won’t need broadband anymore, either. From Monday, she thinks that they will be living in a hotel.

In December, the family got a 56-day notice of eviction, including a solicitor’s letter to confirm that her landlord is selling up.

Traynor was homeless for about two years the last time. Now it is happening again.

She feels she was duped into accepting the Housing Assistance Payment (HAP) scheme, which offers no more stability than any other private rented tenancy.

“They promised me that this couldn’t happen,” she says.

For the second time, a mother and her children face eviction and homelessness (Laoise Neylon, The Dublin Inquirer) 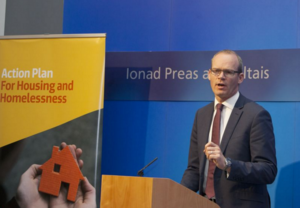