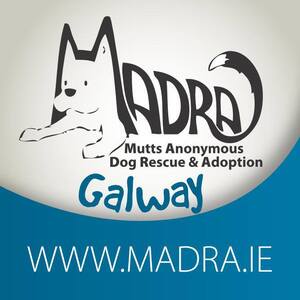 “Galway City Council is to consider providing €10,000 to local animal rescue charity MADRA (Mutts Anonymous Dog Rescue and Adoption) in a bid to reduce the number of dogs being euthanised at Galway City’s pound.”

“The Camus-based charity, which rescues approximately 800 dogs a year, already works with the pounds in County Galway and County Mayo to rehome dogs that may otherwise be put down… Supporting the proposal at Monday’s meeting, city councillors spoke about their own dogs, with a number also raising serious concerns about under-resourcing at the pound, which is served by just one warden.”