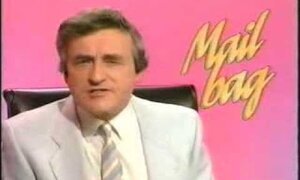 It is with great sadness that we share the news that Arthur Murphy, the RTÉ TV and radio presenter known for hosting Mailbag, has died at the age of 90 #RIP #Mailbag pic.twitter.com/oEcidWwicw

We have very sad news to announce today, Arthur Murphy had died at the age of 90. Arthur was a dear friend of the show and loved by so many for all his entertainment over the years on @RTEOne including #Mailbag pic.twitter.com/WhPNsygM4C

How often does this happen that they have a standard printed response? @broadsheet_ie twitter.com/niamhhassell/s…