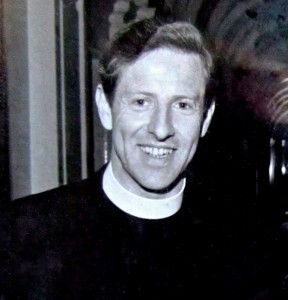 You may recall a post from last week in relation to barrister Dominic McGinn, SC, who is reviewing how members of the Garda Serious Crime Unit investigated the 1985 murder of Fr Niall Molloy in a house near Clara, Co. Offaly.

The post dealt with questions put to Justice Minister Alan Shatter in the Dáil, in relation to journalist Gemma O’Doherty, whose investigative work led to the case being reopened by the Garda Serious Crime Unit in 2012.

Ms O’Doherty wrote in the Irish Daily Mail yesterday how the terms of reference for Mr McGinn’s investigation preclude him from reinterviewing witnesses, including a man named Gerry North – who claims an eye witness to the murder told him a series of revelations about the killing.

[Mr North] and many others close to the case, believe the eyewitness was silenced by certain officers in the weeks after the murder. Mr North gave evidence to the gardaí that the eyewitness told him ‘a large number of people’ were present at the murder including a Fianna Fáil politician who was a household name, and a man from Kilkenny.

Mr North also alleges that the eyewitness said Fr Molloy was beaten up downstairs but that his body was carried upstairs and left in the Flynn’s marital bedroom to give the appearance of a sex scandal. The identity of blood found on the bannisters of the stairs in the country manor has never been revealed by gardaí.

Mr North was also told that Richard Flynn, who stood trial and was acquitted for the manslaughter of the priest, was not the killer.

He said the eyewitness told him that when he was interviewed by gardaí in 1985, he said they were more nervous than he was in case he would ‘say the wrong thing, which would be the truth’.