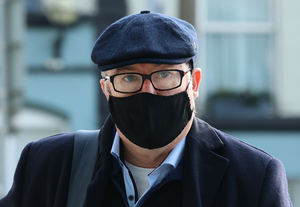 Former solicitor Michael Lynn, who has pleaded not guilty to 21 counts of stealing a total of almost €30m from financial institutions in 2006 and 2007, said he had ‘permission from bankers’ to use money they gave him for mortgages in Ireland to fund property development abroad.

Mr Lynn said the banks he dealt with were aware of his other borrowings and aware of his investments abroad. He said the minute a loan goes through, the loan is registered within 30-60 days and is visible to the Irish Credit Bureau.

He said credit checks were more powerful than any statement of affairs. He said he was never asked to provide an explanation for undisclosed lending revealed in an ICB check. “I simply didn’t need to,” he said, “they were aware of the other borrowings and aware of the investments abroad“.

Mr Lynn said there was no effort whatsoever by him to conceal his loans. The banks he said, could see every loan he had. He said it bounced out at them. If he had been trying to pull the wool over their eyes or take advantage of them, their own internal checks were showing his loans, he said.

Mr Lynn told defence counsel, Paul Comiskey O’Keeffe that undisclosed lending was never raised with him. No concern was raised with him, he said, he was not brought in for a meeting to see if he was “up to something”. He said what he was up to was doing business, and the banks were enabling him and assisting him in doing that business. 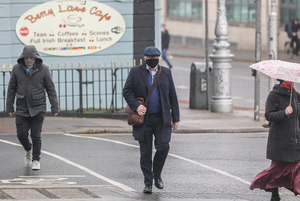 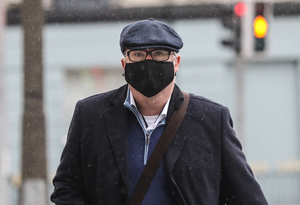 Former solicitor Michael Lynn arriving at the Criminal Courts of Justice. Jury selection is continuing at the Dublin Circuit Criminal Court for Lynn, who is charged with stealing €27 million during the Celtic Tiger from a number of financial institutions.

Solicitor Michael Lynn is to be extradited from Brazil, via @rtenews http://t.co/Zbp5c6gV0x

Lots of business news tonight. Michael Lynn to be extradited, Rouble collapses and bank inquiry about to kick off http://t.co/IQCJm1vcNc 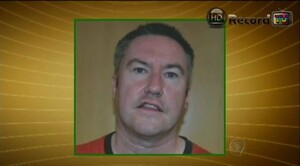 A Brazilian TV report of the arrest of fugitive solicitor Michael Lynn presented by Sharonos Ni Bheolainos and Miriam O’Callareino.

Not as sensational as this gentleman however.