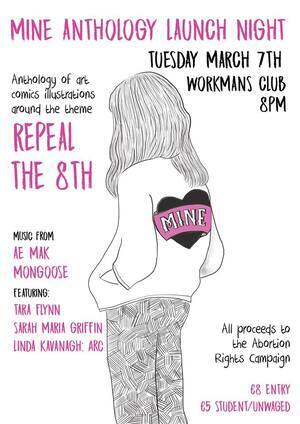 You may recall a post from last year in which Karen Harte and Jessica Maybury, of Girls like Comics, appealed for art and comic submissions for an anthology of stories and art about repealing the 8th amendment.

The MINE Anthology will be launched at the Workman’s Club, Dublin, at 8pm.

Tickets are €8, or €5 for students/unwaged, with proceeds going to the Abortion Rights Campaign.

Previously: Mine of Information 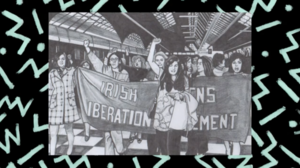