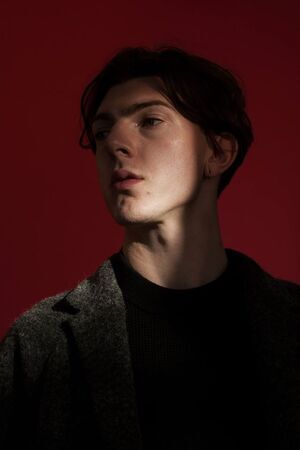 01. Jack Colleran, aka MMOTHS, has been on the ascendant in Irish electronic music since his emergence in 2010. His self-titled debut EP was released in 2012, and led to support slots for the likes of At the Drive-In and Aphex Twin.

02. The 22-year-old wrote debut LP Luneworks while holed up in a room in Los Angeles for a month, staying isolated to ensure his complete engagement in the creative process, and taking inspiration from the city at night for his compositions.

03. Luneworks is now streaming in its entirety on culture site The Line of Best Fit, and the video for single Deu, released this past November, is streaming above. The album is also on iTunes/Apple Music and Spotify.

04. The album launches with a live excursion this Saturday at District 8 on Frances St. Dublin. Supports include Derry “tape throb” man The Cyclist, guitars/loops soloist Somerville and Dublin’s DJ Deece.

Verdict: Luneworks is an achievement to say the least, gently channeling shoegaze, various strains of electronica and the intangibles of change and strange environments to beautiful effect. Essential.