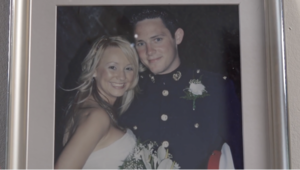 A new video from Paralympics Ireland, as part of its More Than Sport campaign.

Featuring Phil Eaglesham, who is part of Paralympics Ireland Shooting Team for Rio 2016.

Paralympics Ireland is this week calling on members of the public to help them in a bid to find and contact every Irish Paralympic athlete since the first Paralympic Games in Rome, 1960.

The initiative, which is known as the ‘Paralympian Recognition Programme’, will see each Irish Paralympian receive a pin and a unique number in order to recognize their contribution to the Paralympic movement in Ireland.

If you have any information about an athlete, you can contact Paralympics Ireland on ac@paralympics.ie.

The list of Paralympians that has been compiled to date can be viewed here.

A special gala will be held in 2017 in order to acknowledge the athletes.

Previously: More To Do 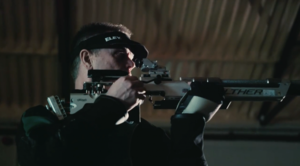 The latest video from Paralympics Ireland.

For their More Than Sport campaign, featuring Paralympic shooter, Seán Baldwin, who says:

“The day that changed everything for me – November 27th, 2003 – was the day that I became an above the knee amputee. I lost my leg while I was serving with the Irish Defence Forces and when I got to hospital after the accident, I remember being told lots of bad news – the first of this was that I only had a few hours to live! Thankfully, I’m still here though.

“Later, after I had woken up from an induced coma, I realised how bad my injuries were – the most obvious of these was that l had lost my right leg from above the knee. When I woke up and realised what had happened to me, I found it very hard to find a bright side, but that didn’t stop me from looking.

“Sport has helped me every step of the way since. It took me two years after the accident to take up shooting, but I set it as one of my goals and I achieved it. If I can inspire a generation – or even just one person – to take up a sport and follow what they love, then I have done my job. That’s more than sport to me.”

The Irish team for the Rio 2016 Paralympic Games will be officially announced tomorrow.

Previously: Running Down A Dream 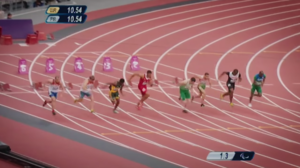 Ahead of Rio 2016 where 56 Irish athletes will compete in the Paralympics.

A new video from Paralympics Ireland for their awareness and fundraising campaign, More Than Sport.

Readers may wish to contribute to the campaign by texting PARA to 50300 to donate €4 to Paralympics Ireland.