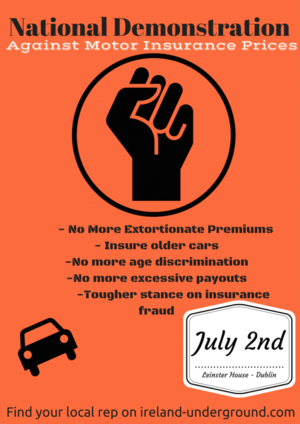 Come [out tomorrow] and support us. We need every car, every van, every person possible to show the government and the insurance corporations that they answer to us. The power is with the people, they know this, we need to recognise this too.

…Meet us in Dublin at midday. We will drive through the city from midday and from 13.30 we will have on-stage entertainment followed by guest speakers in Merrion Square.

…Here is a brief outline of what we’d like to see happen: 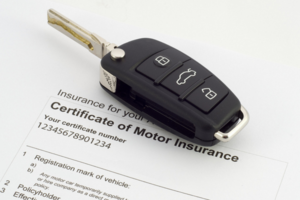 Terry Dignan’s car insurance has risen from €470 to €886 in just four years. Let me advise Mr Dignan that this is not despite his being 13 years with the same insurer, but because of it.

From first-hand experience of writing premium calculation software for the motor and home insurance industry, I can assure him and all your readers that there’s an in-built “inertia penalty” for such customers.

As a general rule of thumb, if at renewal time a private motorist is obtaining fewer than five quotes – including at least one via a broker – then he or she is almost certainly throwing away money.

Coincidentally, I too have been driving for 25 years with no claims. The difference is that I’ve never used the same underwriter for more than three years in a row.

Mr Dignan is, of course, still right that the Government should take a close look at the industry.

The cost of motor insurance (The Irish Times letters page) 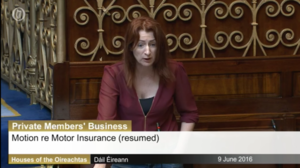 The cost of motor insurance.

Yesterday, during a Dáil debate about the trend, Independents 4 Change TD Clare Daly said the following:

We all know the overall figures. More than one third of Irish drivers have seen the cost of their insurance increase by more than 50% in the past year. We could all tell our own individual horror stories. It has gone beyond being a rip-off at this stage.

Last week, a father contacted me about his son who paid €2,400 for his first insurance cover. His renewal quote was €3,100, which was then withdrawn, allegedly because he had changed from working in retail to being a labourer. They contacted the Ombudsman who told them to shop around, which they did, but the nearest quote was €6,500.

This car is registered for social, domestic and pleasure purposes. It is not used for his job. The situation is utterly ridiculous. The young man ended up changing jobs because he needed a car but could not pay the cost of the insurance.

The reality is that the increases being imposed are leading people to drive with reduced cover, which is very concerning, or to the imposition of severe economic hardship. It is simply unacceptable.

We know AA studies and so forth have blamed fraudulent activity and high costs in legal claims. However, they fail to mention the profiteering of insurance companies. This is the nub of the issue.

I support the Fianna Fáil measure calling for a national database to record premiums and settlements. This can be done anonymously and would help provide some transparency. The truth, however, is that there is no reason for the current situation whatsoever and the only credible explanation is that a cartel is operating for profit.

For example, in the modern era of new technologies, the use of dash cams can be implemented. A dash cam can record footage which could be used as evidence in the event of a traffic incident. They can record speeds through GPS tracking and issue proximity warnings, for example, when changing lanes.

The encouragement of the use of this type of technology has the potential to massively simplify the insurance process. Do the insurance companies want it? We can bet they do not, because there is a cartel of insurance underwriters and companies profiting from the current situation.

I know of an insurance brokerage company which set itself up with the view to operating with dash cams in particular and using them as a mechanism to reduce premiums and simplify the claims process.

The company was taken over by a bigger insurance company and the dash cam programme has ended up in the bin. That is the real nature of the insurance business in Ireland.

Figures show that the number of collisions has declined with the implementation of these types of technology, which are already available. We could radically transform the situation. There is no need for it whatsoever and unless we get to the heart of the matter the problems will continue.

It is simply unacceptable for young people, in particular, but for other drivers as well, who, as other Deputies have said, against the backdrop of an inadequate public transport system, need their cars and should be able to drive them safely.