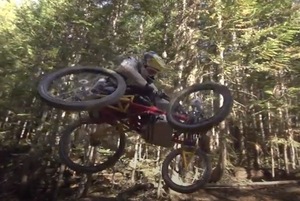 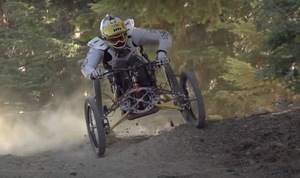 Despite having broken his back in an accident in 1992, athlete Stacy Kohut continues to tempt fate on the slopes with an adapted 4-wheel wheelchair mountain bike.

In this film by Chris Ricci, Kohut shreds the downhill sections of Whistler Backcomb Bike Park north of Vancouver like a boss. 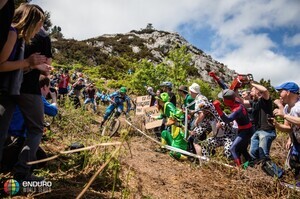 The world’s top riders will line out in the Wicklow mountains for a tough day of mountain bike racing over 50km of technical terrain in a rally style format with testing special stages.

This is the third year that the global series has visited Ireland and is testament to the large crowds of enthusiastic supporters who line the stages roaring on the riders.

2016 marked a turning point for Irish Enduro racing with 4 of the 5 categories won by Irish riders, an unheralded achievement, crowned by hometown hero Greg Callaghan who repeated his 2015 win in front of an ecstatic crowd… 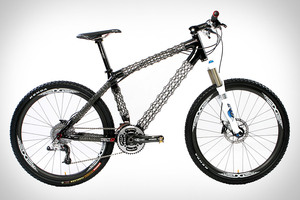 A limited edition of 200 will be available worldwide: either frame-only or with a custom configured Shimano or SRAM component package.

Price to be confirmed. Presumably not tuppence ha’penny.

Some very excited commentators, and rightly so. Danny Hart blowing the competition off the mountain at the 2011 UCI Downhill World Championships last Sunday.