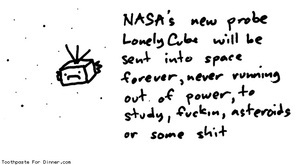 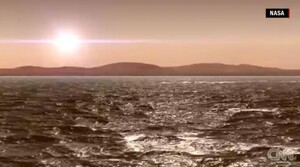 Now can we go back to the moon? 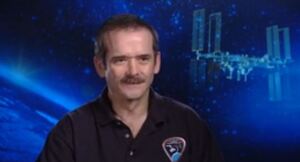 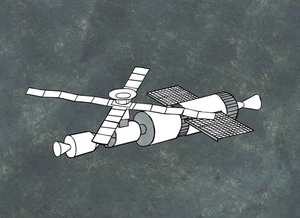 Venerable former NASA astronaut Gerald P. Carr talks about his career (which included command of Skylab4 in the early 70s) in this TED-Ed lecture, animated by Sharon Colman Graham. 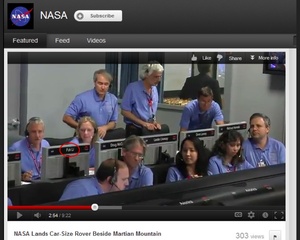 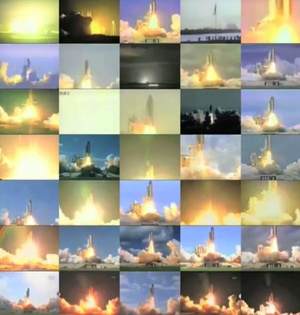 Grand Finale by McLean Fahnestock: all the shuttle launches from 1981 to 2011, including Challenger, synced for simultaneous lift-off.

Quite the audiovisual experience in fullscreen. 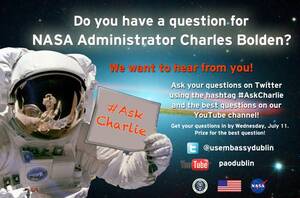 Diarmaid Keane at the US Embassy, Dublin, writes:

How do you become an astronaut?  When will there be a manned mission to Mars? Will I ever be able to holiday on the moon?  NASA Administrator Charles Bolden arrives in Dublin on July 12 and we are giving you the chance to ask him whatever you want.

The best questions will be put to him and he will answer them on our YouTube channel. Ask your question on Twitter and include the hashtag #AskCharlie. Questions need to be in by Wednesday, July 11 and there will be a prize for the best one. 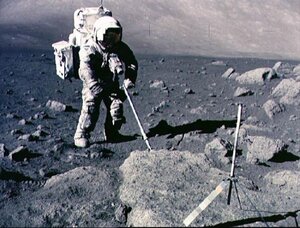 Some moon have gone astray at times of revolution or political transition. The US national archives show that a rock was presented to the late Romanian dictator, Nicolae Ceausescu, but Gutheinz [Joseph Gutheinz Jr, the Texas-based lawyer and former Nasa agent, who has become known as the “moon rock hunter”] believes it was sold after his execution.

Then there is the mysterious tale of how – after a fire at an observatory in Dublin – Ireland’s Apollo 11 moon rock ended up lying in a rubbish dump, after apparently being thrown out with the rest of the debris.

“It’s still there under a couple of tonnes of trash. That could definitely be worth over $5m (£3.1m). I’ll tell you where it’s at. It’s in the Finglas landfill dump in Dublin,” Gutheinz says.

And don’t spare the horses.

What Has Happened To Nasa’s Missing Moon Rocks? (BBC) 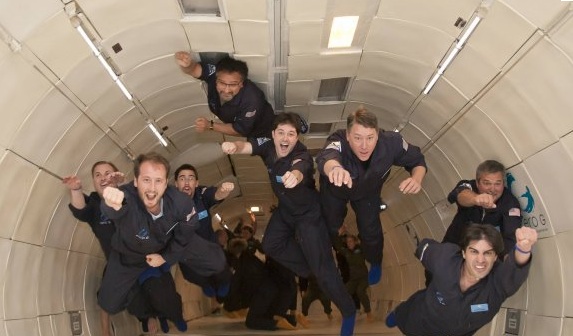