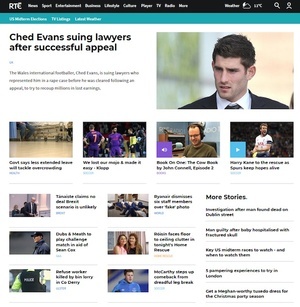 The other day your correspondent wondered why the Spice Girls were the lead story on RTE.ie.

Last night, a Welsh footballer formerly at a second-tier English football club was the lead story – and although an alleged scumbag he may be, RTÉ believes he’s the only Welsh footballer in the world according to their bizarre comma placement.

In the wider news-world, the racist tug-of-war of the US mid-term elections is underway… closer to home there’s an intense debate about why and how the Irish health service closes its doors from mid-December until the new year.

Perhaps yonder Welsh footballer or 4/5ths of the remaining John Major-supporting Spice Girls might comment on the thousands of homeless children, the proposed shutdown of Anglo-Irish trading relations and the return of ethno-religious civil war in Northern Ireland in future RTÉ.ie front-page leads. 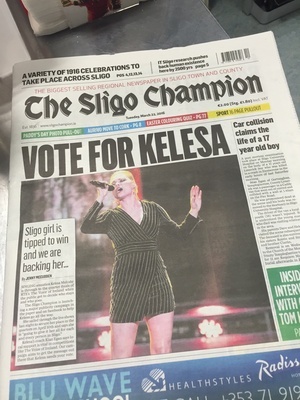 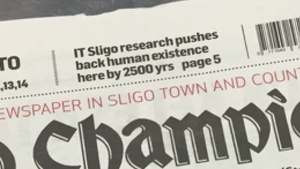 Main story: the most important story of week bylined by the Editor:”The Sligo Champion is launching a major publicity campaign in the paper and on facebook to help Kelesa go all the way…Kelesa Mulcahy is a “singing sensation” from Sligo. She has just “sailed through” to the quarters of Voice of Ireland on RTÊ…