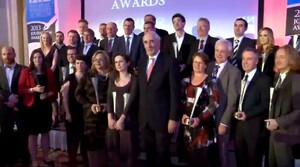 The Phoenix magazine is reporting that the National Newspapers of Ireland Awards will not be taking place this year because Independent News and Media has pulled out due to “costs”.

INM has five national titles out of 16 NNI members and owns most of the 25 provincial member titles.

“The run-up to the awards judgements [last year] involved several fraught sessions of the judges panel …”[Judges panel chairman Michael] Brophy suggested that voting for journalist of the year – the three contenders were [Kitty] Holland, [Paul] Williams (the Anglo Tapes story) and David Walsh (the Lance Armstrong exposé) – be by secret ballot to avoid leaks as in previous years and that the winner be known only to the panel’s secretary until the night of the awards. Despite being agreed by the judges in advance, the night of the vote witnesses…[INM executive on the panel Ian] Mallon then called for a vote on the vote issue which produced a tiny minority for his proposal and so the vote proceeded in secret with the result being that the Williams scoop not only failed to clinch it but was beaten into third place.”

UPDATE: Not so, according to informed sources  (taps nose), the show may go on. More to follow. 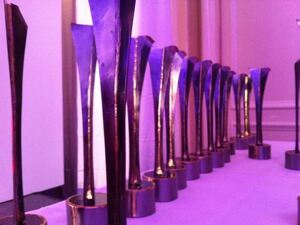 They’re the ‘Oscars’ of the Irish journalism awards season, say many journalists who have won one.

Yes, the National Newspapers of Ireland Journalism Awards 2013 are currently finishing up in the Four Seasons, Ballsbridge, Dublin this afternoon.

National Journalist of the Year: Kitty Holland, The Irish Times

Feature Writer of the Year: Eoin Butler, for both the Irish Independent and The Irish Times

News Reporter of the Year: Kitty Holland, The Irish Times

Campaign of the Year: ‘Lance’ David Walsh, The Sunday Times

Critic of the Year: Fintan O’Toole, The Irish Times

Columnist of the Year: Paul Howard, aka Ross O’Carroll Kelly

Headline of the Year: ‘Deja Voodoo’ (Mayo’s GAA curse), by the Western People

Gemma O’Doherty (out of picture).