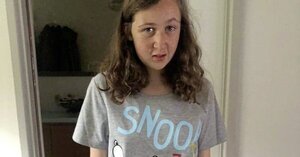 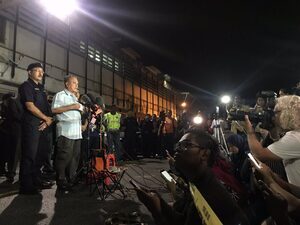 After 8 hours, no results yet in the postmortem examination on the remains of Nóra Quoirin. It is still ongoing and they will have an update tomorrow morning.

“After eight hours, the police just came out to reporters there within the last few minutes and, speaking in Malaysian, we’re just getting some translation here.

“They said that the post-mortem started at 11.45am [local time] today on the remains of Nora Quoirin and police said that no cause of death has been determined yet after almost eight hours of examination.

“But we’re still going to have to wait for answers on what happened to Nora Quoirin.” 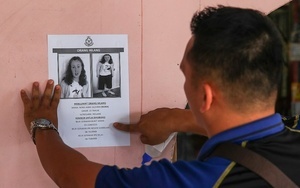 A police officer posts a flier at the Dusun Resort in Seremban, Malaysia today

Police in Malaysia searching for missing Irish teenager Nóra Quoirin have said they are now focusing on where the 15-year-old was before she disappeared, including the house where she was staying.

They also said no footprints of the missing girl have been found at this stage.

Nóra, who has special needs, went missing last weekend after arriving in a rainforest resort about 70km south of Kuala Lumpur.

The search for the girl has now entered its sixth day.