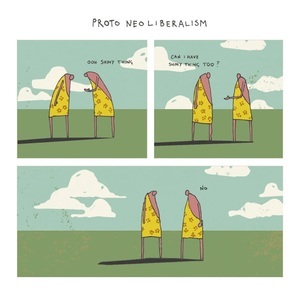 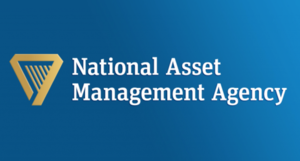 Logos of Nama and Bank of Ireland

You may recall the Dáil debate on Wednesday in which Nama was discussed in detail.

During it, Social Democrat TD Catherine Murphy spoke about Bank of Ireland in respect of Nama.

She questioned the legality of Nama selling assets it obtained from Bank of Ireland, to entities such as Cerberus, when – according to financial consultants she has spoken with – the assets were owned by the Irish Central Bank-European Central Bank, and not the Bank of Ireland.

Reading part of a document that she obtained, into the Dáil record, Ms Murphy said:

“It appears that Bank of Ireland has delayed the recognition of losses with the financial position of Bank of Ireland being portrayed incorrectly when the bank drew down emergency funding from the Irish Central Bank-ECB.

“In an effort to delay the recognition of losses, Bank of Ireland relied on the International Accountancy Standards Board, IASB, rules. The particular rules in question, IAS 39 and IFRS 9, only apply to published accounts.

“However, IASB is a private entity and company law supersedes IASB. In 2010, the then governor of the Irish Central Bank, Patrick Honohan, raised concerns that Irish banks were delaying the recognition of losses, and the problems it was causing from a regulatory perspective.

“In addition, it appears that the financial position of Bank of Ireland was not portrayed correctly in accordance with the Chartered Accountants Regulatory Board, CARB, when the bank drew down its funds from the Irish Central Bank-ECB.

“As such, the situation is that NAMA stated it had acquired assets from Bank of Ireland when according to research and company law they were not Bank of Ireland’s to sell.”

Readers will note that Ms Murphy raised similar concerns at a meeting of the Public Accounts Committee on January 19 and also raised the matter briefly on TV3’s Tonight with Vincent Browne on Wednesday evening.

In addition, also in the Dáil on Wednesday, Independents 4 Change TD Mick Wallace spoke about a financial consultant Cormac Burke who has been working with the Namaleaks team.

“Cormac Butler has also been making the point that when Wilbur Ross  – Donald Trump’s secretary of congress nominee – purchased Bank of Ireland shares in 2011 and then flipped them in 2014, for a profit of €477million, he did so with the advantage of having access to the financial position of the bank which was not in the public domain, information which was not available to smaller shareholders.

“I’d like the minister to confirm or deny that his, that his officials are now aware that the activities of Wilbur Ross and his sale of Bank of Ireland shares is the subject of an investigation in the US. “

Two financial experts Ed Heaphy and Cormac Butler have been analysing the banking crisis for the past eight years.

They claim that Bank of Ireland deliberately hid the extent of massive losses for five years because, if it failed, their assets would automatically be taken over by the European Central Bank (ECB).

They also claim the ECB itself was aware of how dangerously close Bank of Ireland was to insolvency – where a bank has suffered huge losses and has not enough assets to meet its liabilities – but continued bailing it out.

It means that Bank of Ireland’s bad debts should never have been transferred to Nama in the first place.

Mr Heaphy said: “When a bank is insolvent the ECB automatically assumes control of its assets. The Bank of Ireland was not the true owners of the assets and therefore it should not have transferred them to NAMA.”

Mr Butler said: “A bank automatically becomes insolvent if it hides substantial losses because creditors will refuse to provide funding to banks that fail to keep proper books of accounts.

“This forces the bank to sell assets at distressed prices.

“Bank of Ireland uses mortgages to give to the Central Bank as collateral. Some of the collateral had fallen substantially in value, but Bank of Ireland never disclosed these significant losses.

“The value of the mortgages used as collateral by the Bank of Ireland fell for two reasons. Customers pledged their property as security for the mortgage and that fell in value. Also customers lost the ability to repay because people had lost their jobs.

“This is in breach of the Companies Act 1990 – the failure of banks to recognise losses from the mortgages falling in value is a breach of company law because it is difficult to see if the bank is solvent. They were insolvent but they weren’t disclosing it.”

Mr Heaphy added: “They [BOI] admitted in the Banking Inquiry that they exploited a supposed loophole in the accounting standards which apparently allowed them to hide their losses.

“In fact, the law requires them to write down the value of the mortgages, but they thought that they didn’t have to. It’s their ignorance of the law. The bank was no longer the true owners of the assets, the ECB should not have transferred assets to NAMA.

“But if the ECB had confirmed they owned the assets, it would be admitting Bank of Ireland was insolvent.”

Mr Butler added: “If they (ECB) admit the insolvency then they wouldn’t get their money back. The ECB, like any other creditor, is not allowed to take back loans it advanced to an insolvent bank.”

“In such cases, the bank must be liquidated with broadly all creditors treated equally. By keeping quiet about the commercial bank’s insolvency the ECB was able to transfer its losses to the Irish government, which is potentially illegal.”

Auditors Price Waterhouse Cooper never disclosed that the bank was either insolvent or very close to it.

On October 15, 2010, the then ECB president Jean-Claude Trichet threatened to withdraw extra funding because of fears that the Irish banks were not ‘financially sound’.

His solution was for the Irish government to inject fresh funds into the bank so that he could withdraw illegally the loans he advanced.

Hedge funds bought Bank of Ireland bonds at distressed prices and said that they wanted the 100% price back.

Mr Butler added: “The Government said ‘no they must take responsibility for some of the losses’, but the hedge funds said because Bank of Ireland has not admitted to the losses, we don’t have to take any losses.

“The hedge fund should have taken the losses, but the Government faced legal challenges and therefore decided not to burn the bondholders.

Mr Heaphy added: “The Irish Government paid dearly for its failure to admit that some losses were hidden.

“It left the hedge funds with an opportunity to profit at the expense of the Irish taxpayer.”

Saoirse McGarrigle is a journalist with the Irish Daily Mirror 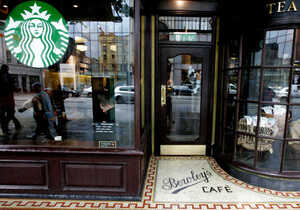 ENTERTAINMENT Enterprises, the entertainment and restaurant group run by brothers Colum and Ciarán Butler, has taken on the operation of all 27 Starbucks outlets in the Republic.

Up to yesterday, the brothers operated 10 of the outlets under licence, with the US multinational directly operating the rest.

The chain had just 19 stores in the Republic a year ago. It is intended that another will open shortly in the Stillorgan Shopping Centre, Dublin, also to be run by Entertainment Enterprises.

Staff were told the news yesterday. Starbucks-operated stores employ 210 staff. The number employed at the other stores is not known. There will be no job losses arising from the development. 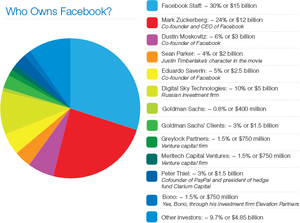 Facebook’s Value Worth $50 Billion. Who? What? And Why? (LearnVest)