Debuting with its Florida-based NXT brand/division/etc., Fergal capitalised on his reputation from grappling exploits in Japan (where he was the subject of an RTÉ documentary), Mexico and Europe.

He become NXT’s biggest star as it began taking off, with touring and merchandise for WWE’s alternative product swelling around his arrival and championship reign…

…as Finn Balór (above), mild-mannered veteran by day, body-painted manimal on fight night.

So it seemed like the dream coming true for 35-year-old Fergal when he was finally called up to WWE’s main roster after nearly two years.

Customary ridiculousness of the title’s moniker aside, it placed Devitt right at the centre of the action.

In the course of some scuffling on the floor of the Barclay’s Centre in Brooklyn, New York, Devitt went full-force into the guard rail surrounding the ring.

He not only separated his shoulder, but popped it back into place on camera, before proceeding to finish the match, becoming the champion of the world before 17,000 rabid fans in the process.

After finishing the morning’s media appearances, Devitt got his shoulder checked out, and with a career’s damage taking its toll, WWE doctors told him he’d need immediate surgery and 3-4 months’ recovery time.

Fergal had been champion for less than twenty-four hours before relinquishing the belt, after a sixteen-year career.

What’s left of a story to tell?

Why, the Rocky comeback, of course, and WWE are already all over it, generating sympathy and support in anticipation of his return bout and inevitable rematch with Rollins, showing footage of his surgery and day one of his physical therapy. 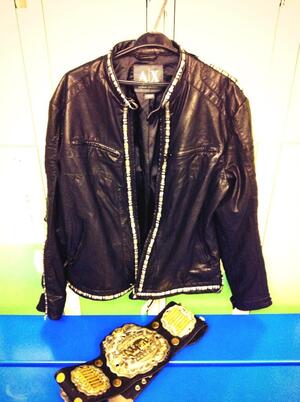 Not king, still a prince. 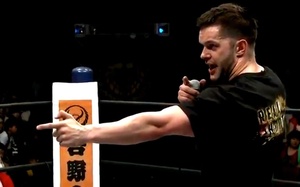 This is the big one and might prompt the IOC to inlcude the sport for Rio 2016.

Please be careful, Prince. Not the face!