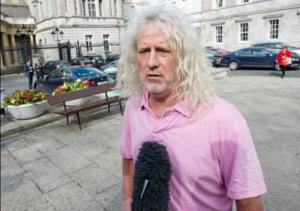 Readers may recall a Bloomberg report from earlier this week about how a shortlist of three bidders for the largest loan portfolio every put up for sale by Nama – called Project Arrow – includes Cerberus Capital Management LP.

Mr Wallace claimed £7 million sterling ended up in an Isle of Man bank account which was reportedly earmarked for a Northern Ireland politician or political party.

Further to this, Sarah Bardon, in the Irish Times, reports:

“An independent investigation into the sale of a multibillion-euro National Asset Management Agency portfolio, named Project Arrow, has been called for by Independent Wexford TD Mick Wallace… Mr Wallace also said he had received a number of new allegations about the workings of Nama and intends to make some of those public when the Dáil resumes in September.”

“A Nama spokesman said any allegation of wrongdoing should be sent to gardaí to be investigated. “Nama can make no comment on the allegations Mr Wallace plans to make using Dáil privilege as it has no information on what they are until he chooses to make them,” said the spokesman.”