Like many others, who were probably also supposed to be working, I followed the final flights of the last two British Airways Boeing 747s – G-CIVB and G-CIVY on Flightrader24 (pics 2 and 3) this morning….While I was on there I noticed a distinct lack of activity in Dublin airport (pic 1)…

…as well as some RAF shenanigans just off Anglesey ( above). I thought it might be of interest to your readers…. 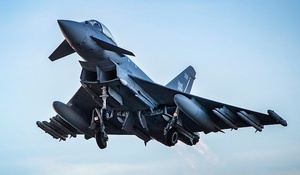 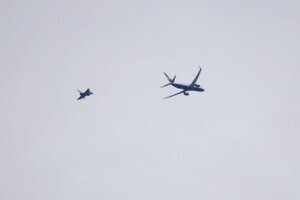 Two RAF fighter jets are scrambled to escort Ryanair plane ‘with a suspect package onboard’ to Stansted https://t.co/ODcbg82PHj pic.twitter.com/f5WBjgApgA

Flights were temporaily grounded at the airport as the passneger plane was diverted from its route between Kaunas, Lithuania, and Luton airport in Bedfordshire.