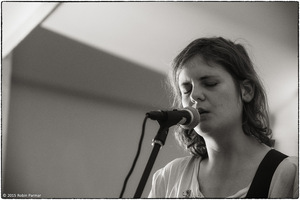 02. Formerly of Saint Yorda and also currently of Crevice and Morning Veils, she’s been prodigiously busy in recent times solo, releasing last album Still Moving less than a year ago.

03. Streaming above is said debut record in its entirety, released on her own label, Kant Cope.

04. Next appearing to launch You’ll Know as part of her label’s triple album-launch show at St. Luke’s in Cork city, alongside new projects Fixity and Sky, Horse and Death, both unveiling themselves and releasing cassettes on the night.

Verdict: A joy to watch live, slowly becoming more and more entranced over the course of a set, to the point of appearing almost to be elsewhere. Mesmerising.