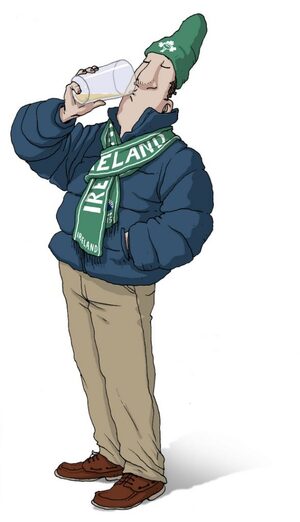 ‘We Need To Talk About Ross’

A documentary about Paul Howard directed by Adrian McCarthy.

This revealing and entertaining documentary spends time with Paul Howard, the man behind Ross O’Carroll-Kelly (top).

Described by the Irish Times as ‘Ireland’s pre-eminent satirist’ and by the Irish Independent as ‘one of the world’s funniest writers’, this documentary attempts to get inside the complex mind of workaholic wordsmith Paul Howard, a writer at the top of his career.

The exploits of his greatest anti-hero creation Ross O’Carroll-Kelly have been the subject of hundreds of weekly newspaper columns penned by Howard over twenty years, as well as eighteen ‘Ross’ novels, selling well over a million copies….